Why Little Rock, Arkansas Residents Should Hire A Lawyer When Charged With Domestic Violence 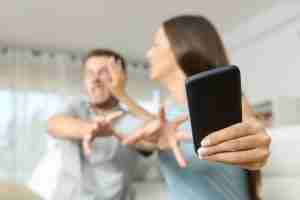 This is the next post in our series on why Arkansas residents should hire a lawyer when charged with a misdemeanor. Our last article discussed why an attorney should be hired in misdemeanor drug cases. This discussion will focus on why counsel should be retained when one is facing allegations of domestic violence. If you have been charged with this offense, either in Little Rock or throughout our state, you should contact an attorney immediately.

Misdemeanor domestic violence charges are not a “private matter” in Arkansas

Many Arkansas residents make the mistake of thinking that they do not need to hire an attorney for a domestic violence charge. They make this error due out of a belief that a domestic violence charge is a private matter between two parties. Such defendants believe that the victim can “drop” the charges or the case will simply go away if the victim fails to cooperate with prosecutors. Neither of these beliefs is accurate. Once one is charged with this offense then the matter is out of the victim’s hands. The decision as to whether or not the case will proceed is entirely up to the prosecutor and such a choice is not in the victim’s hands. Also, prosecutors will often proceed whether or not a victim wishes to cooperate; a victim can be subpoenaed to Court and testimony can be impeached with a police report if the victim tries to recant her or his original story. In other words, a domestic violence charge is anything but a private matter and one should hire an attorney to defend themselves.

A criminal  defense lawyer can greatly assist Arkansas residents facing domestic violence charges. We have previously discussed the steps an attorney can take in defending domestic assault charges. These steps include investigating the scene of the incident, determining whether self-defense was necessary, questioning witnesses, filing motions to exclude statements and other evidence, etc. There are many situations in which a defendant may have defenses or options which they do not otherwise recognize as available. If you are facing such a charge then you should retain counsel immediately.

A defendant may show up in Court feeling that they do not have a legitimate defense in the case. It is not uncommon for such defendants to enter into a bad plea deal, offered by prosecutors, out of a belief that they have no other option. Unfortunately, these defendants may in fact have defenses which they could have asserted. Consulting an attorney can help one to understand all of the choices they have available before entering into a decision which will impact the rest of their life.