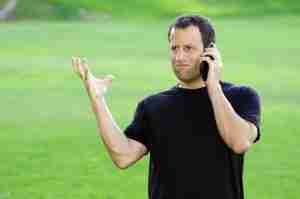 False allegations of domestic violence are unfortunately fairly common. The way the criminal and family court system is set up unintentionally encourages such false allegations. Victims of domestic violence are often entitled to a number of protections in divorce cases. These protections include sole use of the family residence, sole physical custody of children, reimbursement for medical bills and attorneys fees, and possibly even getting priority in subsidized housing lotteries. If a couple is going through an ugly divorce and/or child custody dispute then alleging domestic violence can be one way to attempt to “win” in the family court case. While either party may allege domestic violence as a way to gain an advantage in a family court case, the vast majority of cases are women alleging violence against their male partners.

In Arkansas, the majority of domestic violence complaints are charged as felonies and it is important to take the accusation seriously. Many people, however, do not take accusations seriously if they feel there is a lack of any meaningful evidence. This results in many people going to their first court appearance without an attorney because they think the situation is “no big deal.” The problem with this attitude is that physical evidence is not necessary for a prosecutor to charge one with domestic violence and bring a case; one person’s word is often enough to bring charges. Many people, therefore, show up at their first court appearance and quickly realize that the situation is more serious than they thought. If you have been charged with domestic violence in Arkansas then you must immediately understand that the situation is severe and that you should consult with a criminal defense lawyer immediately. For more information on the handling of false domestic violence charges, watch the following video:

Those accused of domestic violence in Arkansas may protect themselves by obeying all laws, staying calm, and hiring an attorney immediately

If you are falsely accused of domestic violence then you are likely feeling incredibly angry. One of the most important things to do if falsely accused is to avoid showing anger. Angry phone calls, emails, or texts made to the “victim” will be used against you. If your accuser has taken out a temporary restraining order against you, do not violate the order under any circumstances. During a trial, your credibility is the most important thing, and any display of anger you show will be used against you. Contacting an attorney as soon as you have been accused of a crime is highly important. Your attorney will want to know your version of events in as much detail as possible. Save all emails, voice mails, and text correspondence you may have with your accuser. Also be prepared to supply your attorney with a list of witnesses or persons who can credibly advocate on your behalf. It is your word against your accuser’s in domestic violence cases. Hiring a Little Rock, Arkansas domestic violence lawyer and following their instructions will be of the utmost importance. If you are in need of legal counsel then contact our office today.