When Little Rock, Arkansas Police May Stop A Vehicle 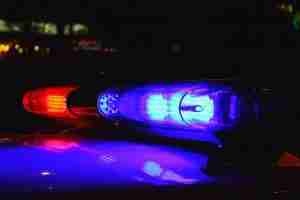 This is the next post in our discussion on challenging the admission of evidence found after the stop of a vehicle in Little Rock, Arkansas. Our last article provided an overview of topics which this series will be discussing and it also stressed the need to speak with an attorney if you or a loved one have been arrested. It is important to understand that you may have options after such an arrest and that you should not make the mistake of thinking that there is “nothing you can do” in such a situation. In this article we will discuss, as a general matter, when law enforcement will be permitted to stop a car. If you require assistance then contact our office to speak with a criminal defense lawyer.

We have previously discussed the rights of Little Rock persons who were detained by the police. Many of these same concepts apply in cases involving the stop of a car. Under Terry v. Ohio, officers may only stop a car if they have “reasonable suspicion” that the driver has committed, or is about to commit, an illegal act. Such suspicion can take multiple forms, which we will discuss in turn.

The police may stop a car if they observe any type of traffic violation. This can include instances in which the driver is traveling at a rate faster than the posted speed limit, the running of a light or stop sign, an illegal turn, or any other such violation. Officers may also legally stop a car for an “equipment violation” such as broken tail light, etc. Any of these types of stops may lead to the discovery of evidence which relates to other criminal activity. Depending on how law enforcement discovers such evidence, it may be admissible at trial. We will discuss the extent to which such evidence may be admissible in one of our coming articles.

The police may also stop a car if they observe conduct which indicates that the driver is committing, or is about to commit, a crime. Examples of such conduct can include a driver veering in and out of lanes, which could indicate that he or she is driving while intoxicated. Other suspicious conduct could include a car slowly driving through a neighborhood, at night, while its headlights are off or a vehicle repeatedly driving up and down the same street for no apparent reason. Again, law enforcement may potentially discovery other incriminating evidence when stopping a vehicle for such conduct.

If police stop a car without reasonable suspicion of criminal activity then it may be possible to have any evidence, obtained during the stop, excluded from the Court’s proceedings. In our next article we will discuss the extent to which law enforcement may search a car which was legitimately stopped. If you require assistance then contact our office to speak with a Little Rock lawyer. We also handle matters in Fayetteville, Fort Smith, Springdale, Jonesboro, North Little Rock, Conway, Rogers, Pine Bluff and throughout the rest of the state.