When Your Little Rock, Arkansas Child May Be In Danger 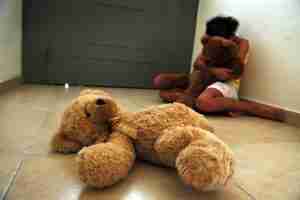 This is the next post in our series on emergency requests to change child custody in Little Rock, Arkansas. Our last article provided an overview of topics which this series will be addressing. It also stressed the need to immediately contact an attorney if you believe that your son or daughter is in danger. The longer you wait to contact counsel then the less likely a Family Court Judge is to view the situation as requiring immediate attention. In this article we will discuss the types of situations which a Court will typically consider to be a “danger” to a child. If you require assistance then call our office today to speak with a lawyer.

The Court will consider a situation to be an “emergency” when the physical or mental well being of the child is in immediate jeopardy. Examples of such situations can be obvious. These include instances in which the child is being physically abused, instances in which a parent is abusing drugs such as methamphetamine or heroin, or times in which a parent is engaging in other forms of criminal activity. Extreme neglect may also constitute an emergency. An example of such neglect could consist of a parent leaving a small child (who is not capable of caring for themselves) home alone. The more dangerous the situation, then the more likely a Judge is to be concerned.

Too often, unfortunately, parents blow a disagreement out of proportion or they believe that an issue is of much larger importance than it actually is. These can include disagreements over educational choices or other matters of basic upbringing. It is understandable that one may view everything as an “emergency” when it comes to the well being of their son or daughter. The truth of the matter, however, is that a Court will typically only take immediate action if there is an imminent threat. This is not to say that differences between the parents are not grounds to change child custody. It is just to say that such differences may not lead the Court to view the matter as an emergency which must be dealt with on an expedited basis.

In extreme circumstances it may be necessary for a parent to contact Child Protective Services as soon as possible. As we will discuss in an upcoming article, however, making unfounded claims to CPS can have serious consequences in a custody case. If possible, it is strongly suggested that you speak with an attorney before contacting a governmental agency.

If you believe your son or daughter is in danger then contact our Little Rock child custody lawyers immediately. We believe that everyone is entitled to aggressive representation and we pride ourselves on providing the highest levels of service. We are ready to assist you. We also handle matters in Fayetteville, Fort Smith, Springdale, Jonesboro, North Little Rock, Conway, Rogers, Pine Bluff and throughout the rest of Arkansas.