What May (Or May Not) Be Considered Parental Abduction In Little Rock, Arkansas 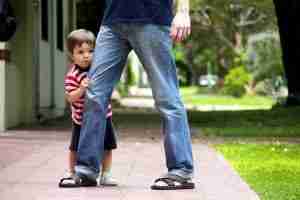 This is the next post in a series of articles discussing situations in which a Little Rock, Arkansas parent refuses to return a child to their co-parent in violation of a custody order. My last post provided an overview of the topics which I will discuss throughout this series. It also stressed the importance of speaking with an attorney if you find yourself in such a situation. It is vital that you consult with counsel and that you do not try to deal with the problem by taking matters into your own hands. In this post, I will discuss the types of actions that an Arkansas court may consider to be parental abduction. If you require assistance, contact my office to speak with a lawyer.

In Arkansas, if a parent defies a custody order or decree by intentionally refusing to return a child to the other parent, this may be considered parental abduction. When one thinks of parental abduction, one may think of extreme cases in which a parent absconds with their child to prevent the other parent from having access to them. Abduction can occur, however, for other less obvious violations of an existing order. When a custody order is in place, parents are required to follow it. This means that if a parent has been ordered to follow a specific visitation schedule, including designated times for pick-up and drop-off, they must do so. Habitual violations or refusals to comply will potentially be considered parental abduction of the child and the other parent may be able to take legal action. Depending upon the facts of the situation, the violating parent may be held in contempt or even face criminal charges resulting in fines or jail time.

Consider the following example. Two Little Rock co-parents have an argument about the father’s failure to pay child support and the mother decides to withhold the child from him until he makes the missing payments. Her actions violate their existing visitation order. The fact that child support is overdue does not justify her behavior. She may face contempt or more severe charges. To avoid this outcome, she should instead seek legal assistance to enforce her support order rather than attempt to solve the problem herself.

It is important to understand that inadvertent or minor noncompliance issues will not likely be viewed by the court as parental abduction. Courts will typically look at such matters in the context of the parent’s overall behavior. Small delays or one-time problems will generally not be viewed as illegally withholding the child. Say, for example, an order requires one parent to deliver a child to the other by 5:00 on Friday evening and the parent is ten minutes late due to a traffic jam. The court would not likely view this isolated incident as an intentional effort to deny the other parent access to the child. If, on the other hand, the parent simply ignores the requirement out of spite and refuses to return the child until the following weekend, this may constitute parental abduction. The court will review the facts of each specific case to determine whether a violation exists.

If your counterpart is refusing to follow your child custody order, then it is important that you speak to a Little Rock lawyer for assistance. My office has handled many child custody cases and is ready to assist you. Call today to speak with an attorney. I also serve clients in Fayetteville, Fort Smith, Springdale, Jonesboro, North Little Rock, Conway, Rogers, Pine Bluff, and throughout the rest of Arkansas.