Understanding When Issues May Be Raised In An Arkansas Criminal Appeal 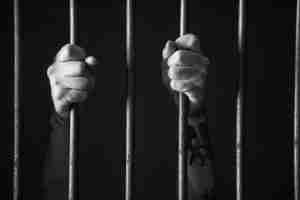 This is the next post in our series on understanding the criminal appeal process in Arkansas. Our last article listed some of the common issues typically raised during criminal appeals in our state. We will continue that discussion in this post with an important point; issues typically cannot be raised on appeal unless they were “preserved” in the Trial Court. In other words, there may have been a mistake made during your case but you may not be able to raise it on appeal.

You must have raised an issue to be able to appeal it. Failure to raise an issue with the Trial Court means that you have “waived” the right to appeal that particular topic. If for example, your lawyer did not file a Motion to suppress illegally seized evidence, and that evidence was used at trial, then you cannot argue in your appeal that the evidence should have been suppressed. Likewise, if your attorney did not object to certain testimony or prosecutorial statements at trial then you cannot argue on appeal that the testimony or statements were improper. This is one of many reasons why it is crucial that you hire a skilled criminal defense lawyer when you are first arrested; an attorney properly doing his or her job in the Trial Court will give you a better chance on appeal in the unfortunate event that you are convicted.

There is good reason for the rule that an issue must be raised to be appealable. This reason is that the Appellate Court is not a proper forum for many issues. Say for example your attorney failed to file a Motion to Suppress Evidence and wished to challenge the evidence’s admission on appeal, the Appellate Court would not be able to hear the issue as deciding suppression issues requires testimony from witnesses and the Appellate Process is not designed to have live witnesses. In other words, the Appellate Courts simply cannot decide certain issues without a record of the topic having first been generated in the District Court.

If your appeal failed and you were unable to raise issues because they were not preserved in the Trial Court then you still have a final option. You may argue that you received “ineffective assistance of counsel” in the Trial Court. If you can show that your trial lawyer failed to do a competent job, and that your case suffered as a result, then you may be able to gain a new trial. Ineffective assistance claims may not be raised until after an appeal has been lost but, at a minimum it leaves a possible remedy for preserving your rights.

Contact our Little Rock appellate lawyers today if you have been convicted of a crime in Arkansas. We assist defendants throughout the state.