Understanding the Difference Between Arkansas Trial Courts and Appellate Courts 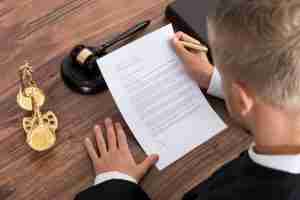 This is the second post in our series on Understanding the Arkansas Criminal Appeals Process. Our first post served as an overview of topics we will be discussing in this series. In this post we will clear up something that is a common misunderstanding for many convicted of a crime – the difference between what happens in the trial court and an appeal.

An appeal is not a “do over” of what happened at trial. It is understandable that Defendants and their families think such is the case as they can only base their expectations on what they have observed thus far. The easiest way to understand the difference between the two is to think of the Trial Court as a place where the facts are decided and that an Appellate Court as the place to decide whether the Trial Court misunderstood what the law means in relation to those facts. In other words, if it is decided that one committed an act at trial then, typically, an appeal will be about whether the Defendant’s rights were somehow violated before or during trial or whether the act committed should not have been considered illegal in the first place.

Another difference between an Appellate and Trial level Court is that appeals take place almost entirely in writing. Occasionally an Appellate Court will hold one oral argument before reaching its decision but to do so is actually rare. Typically an appellate decision will be reached entirely on the basis of your attorney’s written submissions as well as the transcripts and exhibits from the process which occurred in the Trial Court. Also, the Appellate Court will only review the issues raised by your attorney in the pleadings. If a mistake was made at your trial, and your attorney does not catch it, then it will not be considered later. This is why it is crucial to hire an experienced Arkansas criminal appeals lawyer when moving forward after a conviction.

There are two instances where one can ask an appeals court to review the facts of the case. The first is if you are alleging that the evidence presented, to establish that you committed the alleged acts, was insufficient. The second is if you are alleging that the Jury, or Judge if you received a bench trial, made a clear error in interpreting the evidence presented. These types of arguments rarely win; an appellate court will typically defer to the Judge or Jurors on these issues because the Judge and Jurors were the ones to actually see the witnesses testify and that first-hand experience goes a long way in deciding which witnesses are credible. While these types of arguments sometimes win, they are usually a long shot at best.

If you have been convicted in an Arkansas Court then it is critical that you retain an attorney who is experienced in the appellate process and who knows how to properly review a record. This can make the difference in whether or not your appeal is successful. Our Little Rock defense attorneys have extensive experience in this area and assist residents throughout the state. Contact us today for an initial consultation.