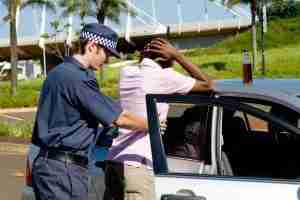 This is the first post in a series on the application of Miranda rights to Arkansas criminal cases. Previously, we discussed the possibility of keeping incriminating statements to police out of an Arkansas Court. We have decided to discuss the topic further as it touches on serious issues which we regularly see in cases we defend.

Over the next few posts we will discuss several important subjects, including:

Anyone who watches television knows that after an arrest the police need to advise you of your Miranda rights before questioning you.  Most officers carry these around on a card issued by their department.

“You have the right to remain silent. Anything you say can and will be used against you in a court of law.

You have the right to an attorney, if you cannot afford an attorney, one will be appointed to represent you.”

Usually, after an officer reads these rights to you then they will ask you if you waive these rights and agree to talk to them. Unfortunately, many people agree to speak to police and potentially implicate themselves as being involved in criminal offenses. If you have spoken to police then we recommend you contact a criminal defense attorney immediately. Many people speak to police without even realizing that their statements could incriminate them or that the police are authorized to lie to try to get suspects to say things that could implicate them in a crime.  If you believe you were questioned in violation of these rights then you may be able to challenge the admissibility of those statements in court, through a Motion to Suppress Evidence.

If you were questioned by police, contact our Little Rock, Arkansas attorneys for a free consultation. We also handle matters in Fort Smith, Fayetteville, Springdale, Jonesboro, North Little Rock, Conway, Rogers, Pine Bluff, and throughout the rest of  the state.