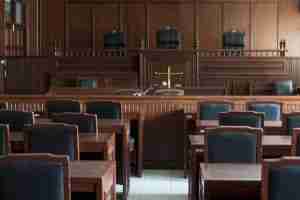 This is the next post in my series which is aimed towards providing a better understanding of Arkansas’ child custody laws. My previous post discussed the fact that Courts are concerned with the best interests of the child in custody cases. The wishes of a parent, as to who should have custody, are largely irrelevant in such matters. It is important for parents to understand that no two cases are the same and what is, and what is not, in a child’s interests will vary from situation to situation. It is, therefore, important that you retain an attorney to assist you in a family law dispute. In this article I will address a topic which often causes confusion amongst parents – the requirement of “changed circumstances” when one is requesting a custody modification. If you are in need of assistance, then contact my office today to speak with a lawyer.

In Arkansas, as with other states, a parent cannot change custody simply because they want to. One who wishes to modify their current arrangement must show that circumstances have changed since the Court’s last order. It must also be shown that the proposed change would be in the child’s best interests. What constitutes sufficiently changed circumstances can vary from case to case and there is no requirement that a certain amount of time must have passed before one can request a change. This is why there is no exact definition of what type of conduct and/or changes will meet the requirement. The concept of what may, and may not, meet the requirement of changed circumstances is best illustrated by way of example.

Suppose a custody order is issued as part of the parents’ divorce. The order gives a mother primary custody with the father receiving visitation every weekend. Now suppose that immediately following the divorce, the mother begins dating an individual with a criminal background and a history of child abuse. This individual spends significant time around the child and, still soon after the divorce, is arrested for domestic violence against the mother. The mother does not wish to break up with the new boyfriend. Under this scenario, even though the parties have only been divorced for a few months, the Court may be willing to revisit the issue of child custody. This is due to the fact that changed circumstances (the new relationship) have arisen after the parties’ first custody order. Also, and for obvious reasons, exposure to the mother’s new boyfriend may very well place the child in danger. Even though a significant amount of time has not passed, it is not uncommon for the Court to revisit custody in situations such as this. It is important to remember, however, that how the Court will rule in any given matter will always depend on the specific facts of the case.

Now suppose that an initial custody order is issued when a child is four years old and not yet attending school. The mother receives primary custody, and the father receives weekend visitation. The child starts school a few years later. The father wishes to claim that the child should live with him as the youth is now of school age. All other things being equal, it would be unlikely that the Court would revisit custody on this basis alone. But, if our example is changed, then the Court may be willing to entertain a change. Suppose a youth is transitioning from junior high to high school and wishes to play high school football. Now suppose that the mother’s schedule is not conducive to making sure that the youth can get home from practice or to and from weekend games. The father’s schedule is more flexible. Under this scenario, the Court may be willing to consider a change but will also want to look at the entirety of the parent’s situation.

What will, and what will not, constitute changed circumstances is always going to be situation specific. If you believe you wish to modify custody then it is important that you discuss your situation with an attorney in order to better understand how a Court may view the facts of your case. As a Little Rock child custody lawyer, I am familiar with the handling of such matters. If you are in need of assistance then contact my office today to schedule an initial consultation. We also handle matters in Fayetteville, Fort Smith, Springdale, Jonesboro, North Little Rock, Conway, Rogers, Pine Bluff and throughout the rest of Arkansas.