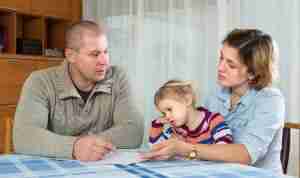 This is the final post in a series of articles meant to provide a basic understanding of Arkansas’ child custody laws. We felt it was important to discuss this topic because many parents are uncertain about what exactly custody is, and what the laws are in our state. The goal of the last several articles has been to provide information which can help parents better understand their rights and responsibilities regarding custody. How the court will rule depends on the specific facts of each case. If you have additional questions regarding the custody laws in Arkansas, contact our office today to schedule a consultation.

The following subjects were addressed in this series:

It is very common for people to have children outside of marriage, and former spouses must continue to co-parent their children after the divorce. For this reason, it was important to talk about child custody, and to explain Arkansas’ laws. First, we explained why a child’s best interest is the most important thing the court uses to determine custody. The “best interest” standard means that whatever the court sees to be the best thing for the child is what will guide the Judge’s decision. Maybe Mom works from home and Dad is often away for work. A Judge might determine that it is in the best interest of the child to live with Mom, where they will get the most time and attention. Second, we talked about what a changed circumstance means when seeking custody modifications. We explained that there is no exact definition, but the court looks at things like a recent move or a change in situation. For example, if one parent lost their job and had to downsize their home and no longer had space for the child full-time, the Judge would view that as a change in circumstance. Third, we discussed whether unmarried parents could move their children out of state, and then explained the process to do so. We discussed that there are set steps that a parent with an existing custody order must follow for the court to grant them permission to move with the child. Lastly, we discussed the importance of parents having a custody order. We explained that a custody order is insurance of each parents’ rights to the child, and that the child’s needs will be met. This way, there is a framework to refer to when there is a future dispute.

If you have any questions regarding Arkansas’ child custody laws, we can help. If you need help with a child custody matter and need to speak with an experienced family law attorney, contact our Little Rock office to speak with a lawyer today. In addition to Little Rock, we also handle matters in Fayetteville, Fort Smith, Springdale, Jonesboro, North Little Rock, Conway, Rogers, Pine Bluff, and throughout the rest of Arkansas.