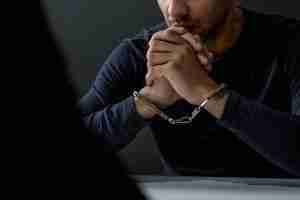 This is the next post in a series of articles discussing defending against domestic violence charges in Little Rock, Arkansas. Our previous post focused on the potential exclusion of evidence obtained in violation of the accused’s Fifth Amendment rights. If police fail to notify an individual of their Miranda rights once that person is in police custody, it may be possible to exclude certain statements made to the police during that time. One can be considered “in custody” prior to being arrested depending upon the circumstances. An experienced attorney can evaluate the facts of your case and determine if a violation of one’s rights has occurred. In this article, we will address the serious consequences of a conviction for third degree domestic battery. If you have been accused of domestic violence, contact our office as soon as possible to speak with an attorney.

In Arkansas, domestic battery offenses are charged in degrees, with first degree battery being the most serious and a third degree charge being the least. This means that domestic battery in the third degree is the minimum charge one may face if accused of purposely or recklessly causing physical harm to a family or household member. Even a seemingly minor push or shove during an altercation may be charged as a low level offence. One may also face charges if they negligently cause physical injury in connection with a deadly weapon or cause mental or physical impairment through the administration of drugs. At a minimum, a third degree charge is considered a Class A misdemeanor, Arkansas’ most serious misdemeanor, which is punishable by up to one year in jail and up to a $2,500 fine. The charge may be elevated to a Class D felony, however, if the victim was pregnant or if the accused has previously committed a domestic violence offense. Class D felonies carry penalties of up to six years in jail and up to $10,000 in fines. Additional aggravating factors may result in second degree or first degree domestic battery charges being considered a Class Y felony, punishable by ten to forty years behind bars.

The potential for jail time and significant fines if convicted of third degree domestic violence are obviously serious consequences for the accused. Beyond these punishments, a conviction may have additional long-term ramifications. For instance, if an individual has custody of a child or is involved in a custody dispute at the time of the incident, a domestic violence conviction may result in the loss of parental rights. For obvious reasons, a family court judge may not be inclined to place a child in the care and custody of a person convicted of harming another family member. This is very likely to be considered adverse to the child’s best interests. In addition, if one is convicted of felony third degree domestic battery, that individual will no longer have the right to purchase, own, or even possess a firearm under federal law. Furthermore, criminal convictions are discoverable in routine background checks, which are generally required by employers, creditors, and landlords on a regular basis. Those convicted may face ongoing challenges obtaining jobs, maintaining professional licensing, finding housing, or accessing credit.

Given the serious consequences for individuals who have been convicted of such offenses, we cannot overemphasize the importance of retaining experienced defense counsel to represent your interests. If you have been accused of such an offense, contact our office to speak with a Little Rock defense lawyer. We also handle matters in Fayetteville, Fort Smith, Springdale, Jonesboro, North Little Rock, Conway, Rogers, Pine Bluff, and throughout the rest of Arkansas.