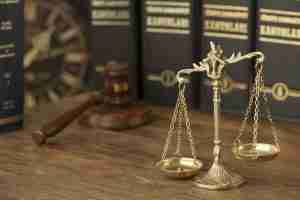 This is the fourth post in our series on Understanding the Criminal Appeals Process in Arkansas. Our last article discussed how Arkansas’ criminal appeals process works. In this post we will be discussing some of the more common issues raised in a defendant’s request. While any error may be raised in appeal, our goal with this article is to cover some of the more common arguments that come up in criminal matters.

One who has been through the criminal process has come to understand that a variety of steps occur before the jury is selected or trial begins. These preliminary steps often lead to some of the most important issues on any appeal. Possible mistakes which are commonly raised include:

Winning these types of issues on appeal will typically result in a case being dismissed and a Defendant being released.

Defendants charged with drug related offenses are often in a situation where the case hinges on establishing that their constitutional rights against search and seizure were violated. It is not uncommon for Trial Courts to erroneously deny a Motion to Suppress illegally seized evidence. This type of issue, along with issues regarding statements, may be the most commonly raised argument in criminal appeals. An unreasonable delay of trial is also a common argument and, if the Appellate Court agrees, can result in an outright reversal.

There are several types of mistakes which occur at a criminal trial which are later raised on appeal. These types of errors include, but are not limited to:

If a case is reversed for these types of issues, or other mistakes which occur at trial, then the result will typically be that the Defendant receives a new trial.

A dispute over an objection may not sound important but it can prove critical. If a witness offers testimony that should not be admitted then such testimony may very well impact the jury’s ruling. An example of this is when a witness offers an opinion requiring a level of expertise which he or she does not possess. Another example is when a witness offers testimony as fact when in fact it is mere speculation, such as saying they think a crime occurred even though they did not actually witness it. If a defendant wishes to raise such issues than it must be shown on appeal that 1) the testimony should not have been allowed and 2) that the improper testimony likely impacted the jury’s final decision. Again, winning this type of issue on appeal will typically result in a new trial.

Disputes over inappropriate statements from a prosecutor are somewhat common. Too often a prosecutor will cross the line and make arguments to a jury that are meant to appeal to emotion rather than to logic. Our justice system does not permit these types of arguments as one should only be punished for what he or she did and not for what a jury of his or her peers happens to think about a topic. As with improper testimony, a case can be reversed for a new trial if 1) the prosecutor’s statement was improper and 2) the statement can be shown to have impacted the jury’s decision.

Our Little Rock criminal appeals lawyers are experienced in handling cases throughout the state. Contact us today to schedule an initial consultation.