Understanding That Stalking And Harassment Are Not Private Legal Claims In Little Rock, Arkansas 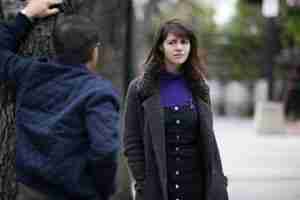 This is the next post in a series of articles discussing stalking and harassment charges in Little Rock, Arkansas. Our previous post explained what to expect should such a case proceed to a criminal trial. Criminal trials often involve complex defense strategies and factual and legal arguments that may not be easy for jurors to understand. To help ensure that your case is clearly and effectively communicated to the jury, it is imperative to retain an attorney with trial experience to represent your interests. In this post, we will explain the criminal nature of a stalking or harassment charge. If you need assistance, contact our office to speak with a lawyer.

Stalking and harassment are criminal offenses. When one is accused of committing such acts, it is considered a crime against the state and is subject to prosecution by the government. Criminal cases can be distinguished from civil disputes, which generally involve legal actions between two private individuals or entities. When a plaintiff files a civil complaint against another party, they are often attempting to recover monetary damages from the defendant. Examples of civil actions include car accident injury cases, medical malpractice, or breach of contract disputes. The decision to pursue or drop a civil case rests with the plaintiff. In criminal matters, on the other hand, once law enforcement becomes involved, it will be up to the state whether or not to prosecute the accused. This means that a person who accuses another of stalking or harassment will not later have the ability to “drop” the charges. The accuser’s input may be taken into account by the prosecution, however, the decision to pursue criminal action against the defendant will rest solely with the state.

If you have been charged with stalking or harassment, your case may be prosecuted even if the other person wishes to withdraw their accusation later. Consider the following example. A divorced couple is engaged in a child custody battle. The father wants to relocate with their child across the country and the parents cannot agree on how to revise their custody arrangement. After a major argument, she begins bombarding him with dozens of text messages and phone calls. He reports the harassment and obtains a protective order against her. After a few days, tensions cool and he wants to withdraw his complaint and terminate the order. Because the matter is now in the hands of the prosecution, however, the state will ultimately decide whether to pursue the charges. Furthermore, the issuance of the protective order and pending criminal charges will likely have a negative effect on her custody case and a conviction may result in a permanent criminal record, fines, and incarceration.

In light of the potential consequences of a criminal conviction, individuals who have been accused of stalking or harassment must take such charges seriously. An experienced criminal attorney can help ensure that your case is handled properly and that all defense strategies are explored. If you need assistance, contact our Little Rock office today. We also handle matters in Fayetteville, Fort Smith, Springdale, Jonesboro, North Little Rock, Conway, Rogers, Pine Bluff, and throughout the rest of Arkansas.