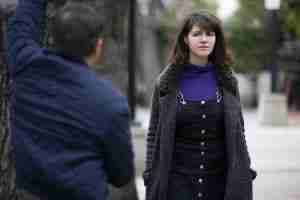 This is the first post in a series of articles addressing defenses against charges of stalking or harassment in Little Rock, Arkansas. People are often uninformed about what actions constitute such behaviors under the law. This can result in unfounded accusations against others or inadvertently engaging in illegal activity. Both stalking and harassment are serious crimes with potentially significant penalties. The goal of this series is to explain the legal definitions of these offenses and provide information about how to respond if accused of such behavior. If you have been charged with stalking or harassment, it is important to engage a criminal defense attorney as soon as possible to represent your interests. Contact our office today to speak with a lawyer.

This series will focus on the following key topics:

We felt it was important to write about these issues for several reasons. First, Arkansas law defines several different types of harassment, including “traditional” harassing behaviors, cyberbullying, and harassing communications. The state criminal code also creates three categories of stalking depending upon the severity of the alleged conduct. Convictions for both crimes carry potentially serious criminal penalties, including jail time and fines. Second, when a person is accused of such behavior, the accuser often asks the Court to issue a protective order against them. This is often an unfamiliar process and those accused must understand how to respond. Third, it is not uncommon for allegations of stalking or harassment to be based on false claims. It is critical to take false accusations seriously to protect yourself against a potential wrongful conviction. Fourth, if a case proceeds to trial, the defendant must know what to expect in the process. Finally, stalking and harassment are criminal charges, not civil claims between private individuals. Once a claim is reported to law enforcement, the decision to prosecute such allegations is in the hands of the state. The individuals involved do not have the option to “drop the charges,” even if they want to later.

Our firm has experience defending clients against stalking and harassment charges. We take pride in vigorously representing our clients’ interests and are ready to assist you. If you need assistance, contact us today to speak to a lawyer. In addition to Little Rock, we also handle matters in Fayetteville, Fort Smith, Springdale, Jonesboro, North Little Rock, Conway, Rogers, Pine Bluff, and throughout the rest of Arkansas.