Spending Money On A Boyfriend Or Girlfriend During A Divorce In Little Rock, Arkansas 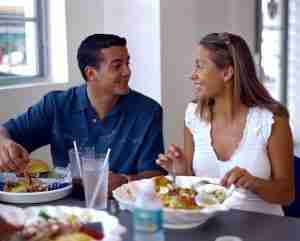 This is the next post in a series of articles discussing dating during the divorce process in Little Rock, Arkansas. Our previous post provided an overview of the common concerns one might have when entering a new relationship before a divorce is final. Those who choose to do so should be aware that this choice may impact the ongoing legal proceedings. We also stressed the importance of retaining an experienced family law attorney to understand the potential consequences. In this article, we will discuss how spending money on a new love interest may impact the division of assets in a divorce. If you are in need of assistance then contact our office today to speak to a lawyer.

Finding a new romantic partner after experiencing the end of a relationship can be exciting. If, however, a relationship begins before a divorce is finalized, it may have an impact on the final terms of the decree. From a legal standpoint, a judge will not prohibit someone from dating or spending money on a boyfriend or girlfriend. That said, it is important to remember that money earned during the marriage by either spouse is considered a joint marital asset. This is true until the divorce is final. If one spouse is found to have spent lavish amounts of cash on a significant other, a judge may deem the spending to be “marital waste.” If so, this may ultimately impact the court’s division of marital assets or debts.

To qualify as marital waste, one person must be blatantly squandering joint marital property. Normal levels of spending would not be considered marital waste. For example, if a person visits a casino once a month and gambles for entertainment purposes, that will not likely be considered excessive. On the other hand, a finding of waste would likely occur if the person has gambling addiction and spends thousands of dollars on multiple occasions. While this behavior can occur at any point in a marriage, it most commonly comes up in the context of a divorce.

When considering how this concept may impact spending on a girlfriend or boyfriend, the same analysis applies. The court will not consider normal levels of spending at restaurants or movies, for example, a lavish expense. On the other hand, purchasing expensive jewelry or luxury travel for the new partner, may have negative consequences. Consider the following example. A divorcing couple shares $100,000 in marital assets and $20,000 in marital debts, resulting in a shared net equity of $80,000. A court would normally attempt to divide the equity amount equally between the two, so that each would have $40,000 in net value. Now suppose the husband has incurred and additional $25,000 in credit card debt during the divorce, all related to his new girlfriend. This additional money owed will not likely be considered a marital debt. If the court determines he committed waste of a marital asset, the husband will be required to assume the full amount.

If you are going through a divorce and have questions about your legal rights, contact our firm today to speak with a knowledgeable Little Rock family lawyer. We also handle matters in Fayetteville, Fort Smith, Springdale, Jonesboro, North Little Rock, Conway, Rogers, Pine Bluff and throughout the rest of Arkansas.