Serving Probation In The State Of Arkansas 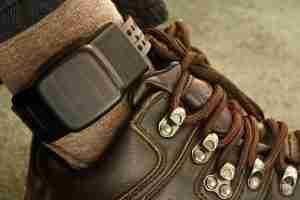 This is the first post in what will be a series on the serving of Arkansas probation by those who have been convicted of a crime. We are beginning this series as many who have been convicted do not fully understand the ramifications of probation, the possibility of ending probation early, as well as how a revocation proceeding should be handled. The goal of our next several posts is to educate residents of our state on these issues.

We will be looking at a variety of topics over our next several articles. Subjects we will analyze include:

It is important to understand that probation is often a privilege and not a right. In other words, there are many instances in which a Judge may sentence someone to prison but, instead, chooses to give the defendant a second chance. Such defendants should make the most of this second opportunity as Judges will not have patience for those who fail to honor the terms of their supervised freedom.

If a loved one has been arrested and is accused of violating probation then it is crucial that a criminal defense lawyer be contacted immediately. As we will explain in our coming articles, such a defendant faces a vastly different process then they did in their underlying criminal case. The revocation of their probation will be decided by a Judge and not a jury. Furthermore, the violation of probation only needs to be proven by a preponderance of the evidence as opposed to the point of being beyond reasonable doubt. Also, defendants will often be facing new criminal charges which caused the revocation proceeding to begin.

Our Little Rock attorneys handle probation revocation matters throughout the state of Arkansas. If you or a loved is facing revocation then contact us today to schedule an initial consultation.