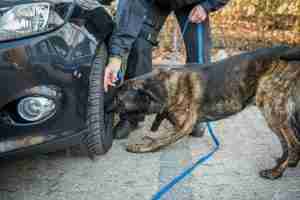 This post concludes our series on how the United States Supreme Court’s Rodriguez decision impacts the rights of Arkansas residents. We have looked at a number of issues over our last several articles. This post is meant to serve as a recap and will stress the need to contact an attorney if you have been arrested after a police encounter.

We looked at several topics over our recent posts. Our posts looked at issues such as:

The main point which we attempted to stress throughout each of these posts is that one should not take a “there’s nothing I can do” approach to having been arrested for a narcotics offense. All too often there are people who have had their rights violated by the police and, as a result, they are incarcerated. The fact of the matter, however, is that the Fourth Amendment to the United States Constitution provides all citizens with the right to be free from an unreasonable search or seizure by law enforcement. This means that there is, in fact, something one can do after an arrest. If one’s rights were violated then their attorney can file a Motion to rectify the violation and possibly have the case dismissed. This is one reason why it is crucial to contact an attorney after having been arrested.

One issue which is likely to stem from the Rodriguez decision is the fact that many people have previously been convicted of drug-related offenses and they may wish to challenge those convictions. If one has previously been arrested, and found guilty, due to the use of a drug-sniffing dog then they should immediately contact a criminal defense attorney to discuss the possibility of post-conviction relief. Our Little Rock lawyers have a proven-track record in appellate cases and are able to offer assistance if you have found yourself in this situation.