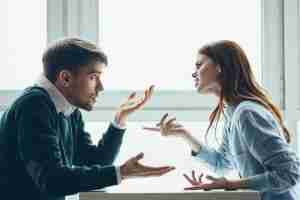 This is the second post in our series of articles addressing defending against domestic violence charges in Little Rock, Arkansas. Our previous post provided an overview of the topics to be discussed throughout this series. It also stressed the importance of retaining experienced criminal counsel to represent your interests. Domestic battery is a serious offense and convictions carry potentially significant penalties. It is imperative to evaluate all possible defense strategies with your attorney. This article will focus on a common scenario in domestic violence cases: when the accused was defending themself against the aggression of another. It is not uncommon for a person who is exercising self-defense to be incorrectly identified as the primary aggressor by law enforcement. Understanding how to effectively present a self-defense claim may prevent a domestic violence conviction. If you are facing domestic violence charges, then contact our office today to speak with an attorney.

Arkansas residents have the right to defend themselves and others against imminent or actual physical harm. This applies whether a stranger is the aggressor and also in the context of domestic violence. Generally speaking, when exercising one’s right to self-defense, an individual is permitted to meet the aggressor’s force with the proportionate amount of force necessary to defend themself. For instance, if a man shoves his spouse, she may need to shove him back or use other equivalent physical force in return to defend herself. On the other hand, if she responds to the shoving with obviously disproportionate force, such as use of a firearm, her actions may not be considered justified. If a domestic violence defendant can prove that they were acting in self-defense, this will likely result in the dismissal of criminal charges against them. Proving self-defense requires objective evidence that the defendant was not the original aggressor in the altercation and that the force used by the defendant was a reasonable response to the initial violence. Evidence such as eyewitness statements, physician reports, or home security camera footage may be used to prove one’s case. Without objective evidence, domestic violence cases may dissolve into “he said/she said” disputes.

Consider the following example. A father repeatedly threatens violence against his wife and children. He owns several firearms and has a history of wielding them in the home when he becomes intoxicated. While no actual physical harm has ever occurred, his family constantly fears for their safety. One day, his wife displays her own handgun and returns the threat. The man calls the police, claiming he is the victim of domestic assault. Under these circumstances, law enforcement may believe she is the initial aggressor. Her counsel asserts self-defense and attempts to prove that her actions were necessary to defend herself and her children from her husband’s pattern of abusive behavior and ongoing threats of violence. The success of her defense will depend upon the types of evidence available, such as her previous complaints to the police or recordings made on cell phones or security devices in the home.

Engaging a defense attorney immediately after being accused of domestic violence will help ensure that evidence can be preserved and gathered in support of your defense. If you have been charged with domestic violence, contact our office today to speak with a lawyer.  In addition to Little Rock, we also handle matters in Fayetteville, Fort Smith, Springdale, Jonesboro, North Little Rock, Conway, Rogers, Pine Bluff, and throughout the rest of Arkansas.