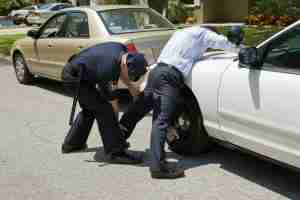 This is the fourth post in our series on how to deal with a sexual assault charge in Little Rock, Arkansas. Our last post provided information on how to defend yourself against false accusations of sexual assault. We also discussed the need to retain counsel early on in such cases. In this article, we will discuss search and seizure issues involved in sexual assault cases. If you require assistance, contact our office to speak with a lawyer today.

We have previously discussed search and seizure issues relating to other offenses, such as a gun charge. Although the circumstances differ in sexual assault cases, the basic premise behind what constitutes a lawful search and seizure remains the same. The Fourth Amendment governs these issues and essentially states that a person, their home or their belongings cannot be searched without a valid warrant. In the context of a sexual assault, one of the most common areas that an officer would search would be the place the assault took place and the dwelling of the alleged offender. When these areas are searched without a warrant or the permission of the defendant or owner of the home, the searches are deemed unreasonable. An unreasonable search that results in the police obtaining or seizing evidence from the home plays a vital role in the conviction process. This is because any evidence that was obtained unlawfully is subject to suppression.

When evidence is seized without a valid search warrant, your attorney will begin the process of challenging the search by filing a Motion to Suppress with the Court. This document will outline why your lawyer believes that the law was violated in this instance. Thereafter, an evidentiary hearing will be conducted in which the police officers will testify before the Court and answer questions given by defense counsel. After the Judge has heard all of the testimony, he or she will then make a determination as to whether the police violated the Fourth Amendment when they seized the evidence in question. If such a violation occurred, then that evidence will be inadmissible any further proceedings against Little Rock defendants. If the prosecution’s case entirely hinges on the evidence found in the search, it is possible that the charges against you could be dropped. However, if there is other information that supports the victim’s claim, then the case will proceed to trial.

Keep in mind that search and seizure also plays a role once you’ve been arrested for a crime. If you have been arrested for sexual assault, there are a couple of things you should be aware of. First, officers should in most circumstances have a warrant for your arrest before taking you into custody. An arrest made without a warrant or at the very least probable cause can result in the suppression of any evidence found in conjunction with that arrest. Second, once an arrest is made, the officer must read you your Miranda warnings. The Miranda warnings advise those that are being arrested of their rights to remain silent and retain counsel. If you have not been given your Miranda warnings, it is possible that statements you made after your arrest can be suppressed.

Search and seizure issues raise complicated legal complications that are best addressed by an experienced criminal defense attorney. Contact our office today to speak with a Little Rock lawyer if you have been arrested for sexual assault. We also handle matters in Fayetteville, Fort Smith, Springdale, Jonesboro, North Little Rock, Conway, Rogers, Pine Bluff and throughout the rest of the state.