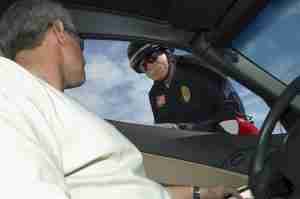 This is the next post in our series on helping Arkansas residents understand when their rights have been violated. Our last post provided an overview of topics we will be discussing and discussed the process for having illegally seized evidence excluded from Court. In this topic we will discuss a frequently discussed topic – what one’s rights are when they are a pedestrian and are stopped by the police.

The police cannot simply stop and harass and Arkansas pedestrian. Under Terry v. Ohio, if the police want to stop one who is walking down the street then they must “reasonably suspect” that the individual is engaged in some type of criminal activity. This reasonable suspicion cannot be based on a mere hunch. The officer must be able to articulate facts which lead to a reasonable belief that criminal activity is afoot. Also, the facts on which the officer relies cannot be based on improper stereotypes such as skin color. If an officer does not have articulable facts as to what you might be doing, in violation of the law, then they cannot stop you without your consent.

When an officer stops someone due to reasonable suspicion then they are only allowed to investigate as to the criminal activity for which they stopped that person. They are not allowed to go on a “fishing expedition” to determine every conceivable thing the person may have done wrong. Also, they cannot frisk or pat-down the person they have stopped unless they have reasonable belief that the individual is armed/poses a threat to officer safety. If they do have reason to believe that the person is dangerous then they may take “reasonable” steps to detain and search that person to the extent necessary to ensure their safety.

Evidence gathered in violation of Terry v. Ohio can be excluded from use in Arkansas Courts

Evidence gathered in violation of the principles above can be excluded from Court in Arkansas. In other words, if an officer stopped you and violated your Terry rights then your attorney can challenge the use of the evidence. This can lead to a dismissal of the charges under certain circumstances. It’s important to understand how this process works.

Suppose, hypothetically, one is walking down the street and has drugs on his person. Now suppose an officer stops that person, and searches him, without reasonable suspicion that the person was engaged in criminal activity and finds the drugs. That person will likely be facing criminal drug charges. Your attorney could file a “Motion to Suppress” and request that the Court not allow the drugs to be used at trial on the grounds that they were seized illegally. If this request is successful then the case would likely be dismissed; it’s typically not possible to prove a drug case without the drugs. The outcome of many Arkansas criminal cases typically hinge on this type of issue. For more information on what the police may or may not do, watch the following video:

If you are facing criminal charges after having been stopped by the police then it is crucial that you contact a lawyer. Our Little Rock criminal attorneys assist people throughout the state of Arkansas. Call our office today.