The Rights Of Unmarried Parents In Little Rock, Arkansas 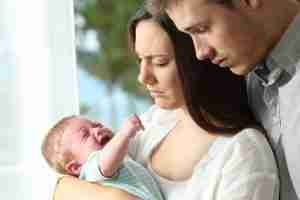 This is the next post in our series in the handling of child custody cases which involve unmarried parents in Little Rock, Arkansas. Our last article provided an overview of topics which we will be addressing and it also stressed the need to contact an attorney as soon as possible if you have a dispute with your child’s other parent. The longer you allow a dispute to go on, then the less likely a Judge is to view the matter as urgent. In this article we will discuss a commonly misunderstood topic – the rights of unmarried parents in our state. If you require assistance then contact our office today to speak with a lawyer.

Many people still hold the misperception that a mother has “all the rights” in a child custody case. The fact of the matter, however, is that Arkansas is like many other states in that it recognizes the rights of a mother as being equal to those of a father. This means that, assuming paternity has already been established, the Court will begin each case with the assumption that a mom and a dad should share joint custody of the children. A court will only award one parent primary custody if it is shown that such an arrangement is in the child’s best interests. When deciding what is in a child’s best interests, the Court will consider facts such as the wishes of the child (depending on their age and maturity), the needs of the child, the ability of the parents to meet those needs, the source of any conflict between the parents, whether there is a history of violence, and more.

The above-mentioned legal standards, again, assume that paternity of the child has already been established. Paternity is typically established when both parents sign an “Affidavit Acknowledging Paternity” at the time of the child’s birth. If this document was not signed, however, then it may be necessary for the father to establish paternity before he may assert any rights. Also, a mother will not be entitled to make a claim for child support if paternity has not already been established.

If you require assistance then contact our office today to speak with a Little Rock child custody lawyer. Our attorneys pride themselves on providing quality service and we are ready to assist you. We also handle matters in Fayetteville, Fort Smith, Springdale, Jonesboro, North Little Rock, Conway, Rogers, Pine Bluff and throughout the rest of Arkansas.