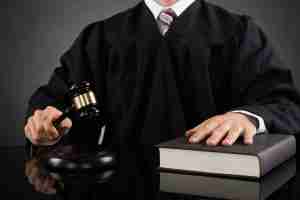 This is the next post in our series on the handling of heroin-related offenses in Little Rock, Arkansas. Our last article discussed how search and seizure issues impact heroin-related arrests. It is important to understand that police cannot stop a defendant simply because they want to and, depending on the circumstances, an illegal seizure may result in the charges being dismissed. Such issues raise complicated legal questions and it is important that you retain a criminal defense attorney who is experienced in handling such matters. In this article we will discuss the possibility of resolving charges through plea negotiations.

Those involved in heroin-related charges often face serious consequences. In addition to a mandatory minimum sentence in cases involving over two grams of the substance, one can face additional charges for conduct such as possessing a firearm or attempting to distribute narcotics. There are many situations where it may be in a defendant’s best interests to resolve the matter through plea negotiations rather than through motion practice or going to trial.

Plea negotiations are informal discussions which occur between a defense attorney and the prosecutor. They involve the defendant pleading guilty to an offense lesser than that with which they are currently charged. The prosecution will also recommend a particular sentence to the Court. The favorability of any offer from the prosecution will depend on several factors. These factors include the strength of the evidence against the defendant, the defendant’s prior criminal record, and whether there are legitimate search and seizure issues which the accused may raise. The stronger the defense, which the accused may mount, then the more favorable a plea offer is likely to be.

It is also important to understand that a Judge is not required to impose the prosecution’s suggested sentence. Say, for example, that the defendant pleads guilty to “Class D” felony and the state recommends probation. The Judge will have discretion to avoid that recommendation and, instead, to impose prison time. As a practical matter the Court will often accept the recommended sentence contained within the plea agreement but the Judge is not required to do so.

If you are unsure as to whether you should enter into a plea agreement then it is important to consult with a lawyer who is familiar with handling such matters. Our Little Rock defense attorneys have extensive experience in handling heroin-related charges and other narcotics cases. Contact us today to schedule an initial consultation. We also handle matters in Fayetteville, Fort Smith, Springdale, Jonesboro, North Little Rock, Conway, Rogers, Pine Bluff and throughout the rest of the state.