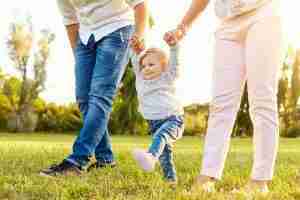 This is the next post in our series on the handling of Little Rock, Arkansas child custody cases which involve supervised visitation. Our last article discussed situations in which a Court may order supervised visits. It is important to understand that a Judge will typically order supervision in cases where the child’s physical or emotional well-being is in some sort of danger. When alleging such a danger, the requesting parent must typically show objective evidence which supports their claim. If you have questions about your situation then it is best to speak with an attorney. In this article we will discuss the actual process of requesting that visitation be supervised. Contact our lawyers today to schedule an initial consultation.

The process of requesting supervised visitation begins by filing a Motion to modify child custody. This is a formal document in which the requesting parent will state why they believe that visitation should be supervised. The document will also spell out the proposed visitation schedule and will typically list potential supervisors. If the situation is an emergency (which is the case in most matters involving supervised visitation) then it is possible to request an expedited hearing from the Court. If the request for an immediate hearing is granted then the case will likely be brought before the Judge within a few days. The opposing party will be served with the Motion and, depending on the timing of the hearing, they may file a written Opposition.

How the initial hearing proceeds will depend on the nature of the allegations. If the basis for the custody change is drug use, then the Court is likely to order immediate drug testing and to schedule a return hearing. If the allegations are due to other conduct, then the Judge will consider the evidence presented. The attorney for each side will argue why custody should or should not be supervised. After hearing arguments from each side, the Court will typically take one of three paths. First, the Judge may deny the Motion outright and leave the current custody order in place. Second, the Court may grant a temporary custody modification and schedule a trial, at which a determination will be made as to whether the modification should become permanent. Finally, the Court may decline to immediately change custody but may still choose to set a trial in order to determine if a change should be granted. It cannot be stressed enough that how the Judge will rule, in any given circumstance, will depend on the specific facts of the case.

After the trial date has been set, each side will engage in a process known as “discovery.” This is how information is gained from the other side in litigation. Your attorney will use the discovery process to gather evidence to be presented at trial. Once the discovery process has been concluded then the matter will conclude at a bench trial as there are no juries in Family Court. The Court will issue its ruling and the parties will be bound by the new order.

Litigating a child custody case is complicated. This is especially true when one parent is requesting that the other’s visitation be supervised. It is important that you retain an experienced attorney to handle the matter. Our Little Rock lawyers pride themselves on providing the highest level of service and we are ready to assist you. Contact us today. We also handle matters in Fayetteville, Fort Smith, Springdale, Jonesboro, North Little Rock, Conway, Rogers, Pine Bluff and throughout the rest of the state.