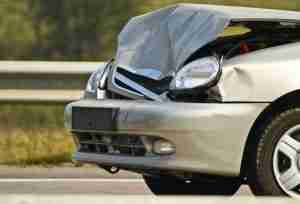 Under Arkansas law, a person who operates a vehicle with wanton disregard for the safety of persons or property is guilty of reckless driving. Like other states, Arkansas treats reckless driving as a serious offense, and those convicted face potentially serious consequences. We have previously written about the penalties for reckless driving. We are frequently asked, “How much is a reckless driving ticket in Arkansas?” Therefore, we felt it was important to review this traffic offense further in this article. Residents should be aware that the penalties for such a charge are not the same as a minor traffic ticket. Given the potential long-term consequences of a reckless driving conviction, it is imperative to retain counsel as soon as possible after being charged to defend your interests. If you need assistance, contact our office today to speak with a lawyer.

Under Arkansas law, one can be charged with reckless driving if their conduct indicates a blatant disregard for the property or safety of others. If a driver should realize that their behavior poses a risk, but engages in such actions anyway, they may be guilty of reckless driving. Drag racing, excessive speeding more than 20 miles per hour above the limit, or disregarding conditions such as a construction zone or weather-related risks may equate to reckless driving. Many people make the mistake of thinking that a ticket for reckless driving can be handled administratively, such as paying a ticket or simply receiving points on one’s license. While such an offense means an automatic 8 license points (receiving 14 points in any three-year period will result in a suspended license), a conviction is considered a criminal charge with other, more significant, penalties.

The potential punishments for a reckless driving conviction generally depend upon the outcome of one’s actions. First-time offenders may face between five and ninety days of incarceration, up to a $500 fine, or both. If another person is injured as a result of the recklessness, a first-time offender may face between thirty and ninety days in jail, a fine between $100-$1,000, or both. If a person is convicted of a subsequent reckless driving charge within three years after their first offense, the penalties include thirty days to six months behind bars, a fine between $500-$1,000, or both. If the subsequent incident results in an injury to another party, this is increased to incarceration periods of sixty days to one year, fines between $500-$1000, or both. When one pleads guilty to or is convicted of reckless driving, it becomes a part of their permanent criminal record. The information will be available to employers and others who perform a background search, which may impact employment, housing, professional licensures, and more. For these reasons, it is important to retain counsel to defend you against reckless driving charges. Doing so may lead to a reduction in penalties or dismissal depending upon the circumstances.

Given the serious and long-term consequences of a conviction, those charged with reckless driving should not attempt to handle the matter without the assistance of counsel. In many cases, it is possible to defend against reckless driving charges. Successfully doing so may result in the complete dismissal of the case against you. For example, if a driver can identify and objectively prove the existence of extenuating circumstances, this may be a possible defense against the charge. If, for instance, you were excessively speeding to see a dying family member in the hospital, this fact may be presented in your defense. Alternatively, a mechanical failure in the vehicle, such as faulty brakes, may have caused erratic driving. Rather than simply accepting a citation, paying a fine, or spending time in jail, it is important to identify and present all potential defenses.

For the reasons discussed above, we cannot overemphasize the importance of consulting with an attorney as soon as possible after being charged with reckless driving. If you need assistance, contact us today to speak to a lawyer. In addition to Little Rock, we also handle matters in Fayetteville, Fort Smith, Springdale, Jonesboro, North Little Rock, Conway, Rogers, Pine Bluff, and throughout the rest of Arkansas.