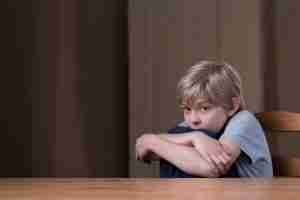 This is the next post in our series on the handling of Little Rock, Arkansas child custody cases which involve supervised visitation. Our last article provided an overview of topics which this series will be addressing. It also stressed the need to speak with a family law attorney immediately if you believe your son or daughter is in danger. In this article we will discuss the reasons for which a Family Court Judge may actually order that visitation be supervised. This is an area of common misunderstanding. If you require assistance then contact our office today to speak with a lawyer.

It is common for parents to believe that their counterpart should not be with the child without supervision. It is important to understand, however, that a Judge will only order such an arrangement if it can be shown that the parent is somehow a threat to the child’s emotional or physical well-being. Such a threat may take the form of physical or emotional abuse, as well as neglect. Common examples of situations, in which a Judge will order supervision, include drug use by the offending parent, the offending parent regularly being intoxicated in the presence of the child, or if the parent is engaging in criminal conduct. Also, a Court may require supervision if it is shown that the offending parent is failing to feed them, if adequate housing is not being provided, or if there is some other situation which goes against the child’s well-being.

When a parent is requesting supervised visits, they will generally need to be able to show evidence that a dangerous situation exists. The Court is unlikely to take any action on the basis of unsupported accusations, generalized claims that the other parent is “bad,” or any other allegations which is not supported with evidence. Evidence which the Court will commonly accept can include police reports, documented communications (such as texts, emails, etc.), and other documents which objectively verify the allegations. If the request is being made on the basis of drug abuse, then the Court may order immediate drug testing. If evidence does not support their allegations of abuse or neglect, however, then the Court is likely to deny the request. In some instances, if the Court believes that the request is being made in bad faith, then the request may even form a basis for the other parent to file a Motion for custody.

If you believe that your child is in immediate physical danger then you should contact the police and/or Child Protective Services as soon as possible. If you are not sure as to how you should proceed then it is suggested that you immediately contact an attorney. Counsel will give you an objective opinion, in regards to your situation, and will help you to determine the best course of action. Our Little Rock child custody lawyers take pride in the level of service they provide and we are ready to assist you. Contact us today to schedule an initial consultation. We also handle matters in Fayetteville, Fort Smith, Springdale, Jonesboro, North Little Rock, Conway, Rogers, Pine Bluff and throughout the rest of the state.