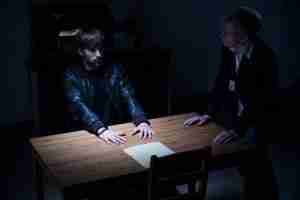 This is the fifth post in our series on dealing with Little Rock, Arkansas cases involving Miranda warnings. Our last article discussed the difference between an express waiver and an implied waiver. We also provided information on the requirement that a waiver be clearly and unequivocally expressed. In this article we will provide information on how one can re-invoke their Miranda rights after they have been waived. Contact our office today to schedule an initial consultation with a lawyer.

As we previously mentioned, once a waiver is clearly expressed, an officer may continue to interrogate or question a suspect in their custody. However, what happens if the accused has a change of heart? It is important to note that a waiver is not permanent, unless the person in custody does not expressly invoke their rights under Miranda. Suppose a suspect has decided to waive his or her Miranda rights after an adequate warning was given. That same individual may at any time inform the officers that he or she wishes to invoke their Miranda rights. This may occur even after incriminating statements have been given or while the officers are still conducting the interrogation. Such an invocation can be accomplished by telling law enforcement that he or she wishes to have an attorney present or simply stating that they will be remaining silent for the duration of the interview. In that instance, the officer must immediately stop questioning the person in custody. It is also common for the interviewing officer to ask the suspect to sign a Miranda form to ensure that the invocation is the true intent of the individual.

When deciding to invoke Miranda, ambiguous statements will not terminate the interrogation. This means that simply asking the officer whether an attorney should be present may not stop him or her from continuing the interview. This is because that individual has already waived their rights and the officer now has the right to continue questioning the suspect until he or she makes their intentions expressly known. It is also important to note that invoking Miranda after a waiver does not protect previous statements made. This means that it is likely that a court will admit any and all statements made by the accused before the invocation was expressed. Typically, once a statement is made after a waiver, the court will deem that statement admissible unless there is evidence that the suspect was coerced in some manner. Therefore, if one confesses to a crime and then decides to call a lawyer, that confession may very well be lawfully entered into evidence. Nonetheless, once Miranda has been invoked, anything stated by the person in custody is unlikely to be admissible in a court of law. Because these issues often come down to procedural technicalities, it is crucial that you retain counsel as soon as possible after an arrest. An experienced criminal defense attorney will investigate the facts of your case and work to suppress any statements that were unlawfully taken.

Contact our office to schedule an initial consultation. Our Little Rock lawyers are ready to assist you. We also handle matters in Fayetteville, Fort Smith, Springdale, Jonesboro, North Little Rock, Conway, Rogers, Pine Bluff and throughout the rest of the state.