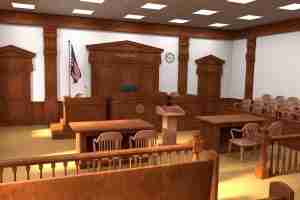 This is the next post in our series on the handling of heroin-related charges in Little Rock, Arkansas. Our last post provided an overview of topics which this series will be addressing and stressed the need to speak with a criminal defense attorney if you or a loved one have been arrested. It is important to contact counsel immediately as a drug-related conviction can result in incarceration and a permanent criminal record. In this article we will discuss another important topic – why prosecutors will often aggressively pursue charges which involve heroin. If you require assistance then contact our office today to speak with a lawyer.

Opioid abuse is on the rise in the U.S. as are heroin-related deaths. This has lead to an environment where prosecutors must aggressively pursue offenses which relate to heroin. Offenses may range from possession to trafficking. A defendant will also face charges for other conduct which occurred at the time they were arrested with drugs. Examples of other conduct, which can lead to charges, include the accused possessing a firearm, possessing other narcotics, and acts of violence. The nature of the offense, as well as the presence of other charges, will determine whether the accused faces an Arkansas felony or whether they are charged in Federal Court.

Arkansas considers heroin to be a “Schedule I” narcotic. Possession of less than two grams will be considered a “Class D” felony and will carry a sentence of up to six years in prison. Possessing two to ten grams will be considered a “Class C” felony and will carry a minimum sentence of three years in prison with a maximum sentence of ten years. Possessing more than ten grams can result in “Class B” felony charges and a sentence can range from five to twenty years. These sentences are in addition to potential fines, the accused having a permanent criminal record, potential disqualification from employment, and other penalties. It must be understood that the current national opioid crisis has created an environment in which prosecutors will aggressively pursue charges and these stiff penalties will be enforced.

If you have been arrested then contact our office today to speak with a Little Rock criminal defense attorney. Our lawyers have over twenty-five years of legal experience and work diligently to protect the rights of the accused. We understand that you are facing a serious situation and we will take it seriously. We also handle matters in Fayetteville, Fort Smith, Springdale, Jonesboro, North Little Rock, Conway, Rogers, Pine Bluff and throughout the rest of the state.