The Process Of Defending A Juvenile Case In Little Rock, Arkansas 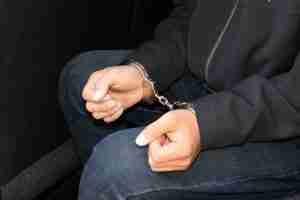 This is the next post in our series on the handling of juvenile cases in Little Rock, Arkansas. Our last article discussed dealing with prosecutors in a juvenile case. It is important to understand that dealing with prosecutors in such matters is similar to what happens in adult criminal matters. In this article we will discuss the process of defending a youth against charges. If your child has been arrested then it is important that you contact a criminal defense attorney who handles such matters.

The process of defending a youth begins with the arraignment. A plea of “guilty” or “not guilty” will be entered. A trial date will be set upon the entry of a not guilty plea. The defense lawyer will receive what is known as “discovery” from the prosecutor. Discovery consists of evidence such as police reports, witness statements, surveillance footage, and other evidence which the prosecution may wish to introduce at trial. The prosecution must also provide any evidence in its possession which possibly proves the innocence of the accused. Once the discovery is obtained one’s defense counsel will begin any necessary investigation into the facts of the case.

Plea negotiations will take place during the time between the arraignment and the trial. Pre-trial Motions will also be filed during this time. These Motions are the process by which one requests that certain evidence not be allowed at trial. Such evidence may include drugs, weapons, or other items which were obtained as part of an illegal search and seizure in which law enforcement violated an accused’s Fourth Amendment rights. How the Judge rules on such Motions will impact plea negotiations, whether the matter goes to trial, or whether the case is outright dismissed.

If necessary the case will proceed to trial. One key difference between the juvenile and the adult systems is that no jury will be present. The Judge will be the sole decider of guilt or innocence. If there is a conviction then a separate date will be set for sentencing. During trial the rules of evidence will be enforced and it is important to retain counsel who is familiar with the process. If evidence is not properly introduced then it may not be admitted and if proper objections are not offered then the prosecution may be able to use evidence which would otherwise be ruled inadmissible.