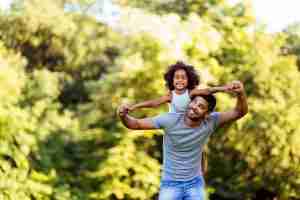 This is the next post in a series of articles discussing the rights of fathers in Little Rock, Arkansas. Our previous post addressed the importance of establishing paternity as soon as possible after a child is born. Paternity for unmarried fathers can either be established voluntarily by both parents acknowledging the father’s status or through DNA testing. Until paternity is officially recognized, the father will not have legal standing to enforce his parental rights. In this post, we will discuss the process for establishing an initial custody arrangement. Child custody cases can become contentious and complicated. If you are facing a custody battle, it is important to contact an experienced attorney to help ensure that your case is handled properly and that your rights are protected. Contact our office today to schedule a consultation with a lawyer.

Fathers who are unmarried or who are going through a divorce often need to establish a formal custody arrangement through the legal system. Custody orders formalize issues such as standard visitation schedules, holiday sharing, child support, insurance requirements, etc. Informal arrangements with the child’s mother may work for a time, however, if and when a dispute arises, a father will have no legal way to enforce his rights. It is important, therefore, for fathers to take the necessary steps to establish legal custody.

The process for doing so begins with filing a Petition with the Court. The Petition will set forth the father’s requests in connection with visitation, support, etc. The child’s mother will have a chance to respond, stating her position on the same issues. The Court will schedule an initial hearing shortly thereafter. The initial hearing is not a trial and will not include witness testimony or other evidence. The Court will normally hear brief statements from the attorneys for both sides and issue a temporary custody order. The temporary order is intended to protect the rights of both parents and the child and establish a structure for visitation and support. It will only remain in place until a formal hearing can be held, at which time the Court will issue a permanent custody order.

Although the initial hearing is an abbreviated process, the Judge will still make their determinations based on the best interests of the child. Factors such as the historical relationship between the child and each parent, any previous instances of domestic violence or other criminal activity, and each parent’s ability to care for the child will be considered. Your attorney will have the opportunity to present an oral argument to the Court at the initial hearing regarding these elements. It is imperative, therefore, to retain counsel with experience in custody matters who can effectively express the information to the Judge in a concise and clear manner.

Our firm has experience representing Little Rock fathers in custody matters and we are ready to assist you. We also handle matters in Fayetteville, Fort Smith, Springdale, Jonesboro, North Little Rock, Conway, Rogers, Pine Bluff, and throughout the rest of Arkansas.