Prescription Drug Crimes Are A Serious Matter In Arkansas 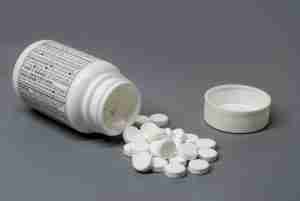 This is the second post in our brief series discussing prescription drug offenses in the state of Arkansas. Our last post served as a brief overview of topics we will be discussing and also went over the ramifications of a prescription-drug related conviction. In this article we will deal with the common mistake of thinking that such convictions are “no big deal.” If you have been charged with such an offense in our state then it is crucial that you contact a criminal defense lawyer immediately.

Arkansas takes a tough stance on prescription-related drug offenses. There are several reasons for this. These reasons include the highly addictive nature of many medications, the extent to which abuse is on the rise in the U.S. and the possibility of violence inherent to any drug crime. This is why, depending on the facts of the case, the state may charge such matters as either a felony or a misdemeanor.

Many prescription medications, such Xanax, Oxycontin, Vicodin, Adderall, and Codeine are highly addictive and have a propensity for abuse. This addiction leads to people forging prescriptions, stealing the prescriptions of others, and engaging in other drug seeking behavior in an effort to gain such pills. This type of criminal activity, in turn, leads to a tough stance from prosecutors. Add this criminal activity to the fact that people, with legitimate prescriptions, are very likely to abuse the pills they are legally taking and one has a situation which needs to be controlled. These are just two reasons why prescription related offenses are taken with a level of seriousness which many are surprised to see.

Another issue which arises in prescription drug cases is violence. Many prescription medications are bought and sold illegally. As with any other narcotic sold through an illegal drug transaction, there is a potential for violence and such violence may even involve firearms. A large number of people lose their lives in the United States each year to drug related violence and Arkansas is a state which considers itself “tough on crime.” This possibility of violence, along with the addiction issues described above, leads to tough prosecution within our state.

Many people make the mistake of thinking that prescription related matters are not as serious as offenses involving a drug like methamphetamine. Arkansas prosecutors, however, will aggressively prosecute such cases and a defendant may see permanent damage done to their future. If you or a loved one is charged with such a crime then contact our Little Rock criminal defense lawyers today. We service the entire state and are ready to offer assistance.