Filing For Post-Conviction Relief In Little Rock, Arkansas Due To A Change Of Law 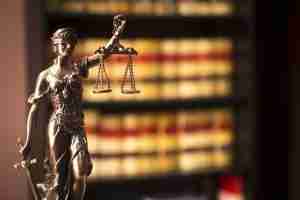 This is the next post in our series on the handling of post-conviction relief matters in Little Rock, Arkansas. Our last article discussed when a defendant may claim ineffective assistance of counsel. It is important to understand that such claims will only be granted under certain circumstances and that you should contact an experienced attorney in order to understand your options. In this article we will discuss another issue which arises when petitioning for a writ of habeas corpus – bringing a request due to a change in the law.

A defendant may file for a writ of habeas corpus if the law changed and the change in law would have made a difference in their case. An example of this can be a case which involves search and seizure issues. If a defendant requested that evidence be excluded from trial, and the Judge correctly denied the request, then it would be possible to have the request renewed if there were a change in the law.

An example of the above would be as follows. Say a defendant was arrested and convicted in late 2014 after the police used a drug sniffing dog to search his or her vehicle. Now say that defendant had requested that the drugs be excluded from evidence and the Judge denied the request. The defendant may have then entered into a plea bargain. Afterwards, however, in 2015 the Supreme Court limited the use of drug sniffing dogs. The aforementioned defendant would be able to claim that the law had changed and, under the new law, he or she would not have been convicted in Court. Under these circumstances it may be possible to reverse the conviction.

An Arkansas defendant must show two things in order to gain post conviction relief due to a change in the law. First, it would need to be shown that the change in law applies to his or her particular case and that the change is to be considered retroactive. Second, it must be shown that under the new law the conviction would not have occurred. While arguing that the law has changed may seem like a straightforward argument, defendants are surprised to learn at just how complicated this issue can be. If you or a loved one wish to file a petition for a writ of habeas corpus on these grounds then it is important that you contact a criminal defense lawyer.

Our attorneys have over twenty-five years of combined legal experience and have handled many post-conviction matters. We take great pride in the service we provide and believe that everyone is entitled to the most aggressive representation. Contact our Little Rock office today to speak with a lawyer. We also handle matters in Fayetteville, Fort Smith, Springdale, Jonesboro, North Little Rock, Conway, Rogers, Pine Bluff and throughout the rest of the state.