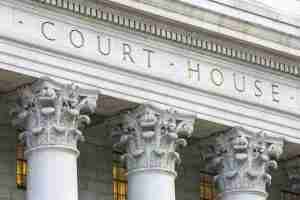 This is the third post in our series on Miranda rights in Arkansas. Our last post discussed the application of Miranda to special Arkansas populations. Miranda rights arise from the Fifth Amendment to the United States Constitution. Article 2, section 8 of the Arkansas Constitution also includes the right against self-incrimination. If you have given statements to police that are damaging to your case then we may be able to challenge the admissibility of those statements in court.

Requesting that the Court suppress evidence requires that documents be filed with the court which indicate the names of the officers involved, which evidence is wrongfully attained, and on what grounds the evidence should be excluded. The hearing requires live witnesses, including the police officers involved and any experts a defense attorney feels necessary for an individual case. The prosecution is entitled to 10 court days (two weeks) notice before trial to hold such a hearing.

A hearing date regarding the motion will be set when the documents is filed. The Arkansas District Attorney’s Office will be permitted to file a response. Your attorney will then be given the opportunity to file a reply to that response. The rules of evidence and cross-examination will apply when questioning the officers. It is, therefore, crucial that you retain a lawyer who is familiar with this area of law, who is accustomed to examining law enforcement officials, and who knows what to expect from the process.

Arkansas law requires that a Motion to Suppress Evidence be granted if there is a substantial violation of a person’s rights or if the behavior of police offends the United States or Arkansas Constitutions. When deciding whether this standard has been met the court will consider factors such as:

Bringing a motion will require the hearing described above. The arresting officers will be called to testify.  Depending on the facts of an individual case, expert testimony regarding capacity, intelligence, mental illness, intoxication, etc., may be called to testify.

Our Little Rock, Arkansas criminal defense attorneys can help you if you believe your rights have been violated.  Contact us now for a free consultation. We also handle matters in Fort Smith, Fayetteville, Springdale, Jonesboro, North Little Rock, Conway, Rogers, Pine Bluff, and throughout the rest of Arkansas.