The Standard For A Miranda Waiver In Little Rock, Arkansas 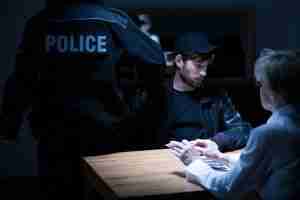 This is the third post in our series on dealing with cases involving Miranda waivers in Little Rock, Arkansas. Our last article discussed how Fifth Amendment waivers generally work. We also provided information on when a Miranda warning is required and why it is important to retain a criminal defense attorney immediately. In this article, we will discuss the standard for a Miranda waiver. Contact our office today to speak with a lawyer if you need assistance.

As we previously stated, a Miranda warning is only necessary once an individual has been taken into custody and law enforcement plans on interrogating or questioning that person. However, even if the warning has been properly given and the accused waives his or her rights, there are still certain requirements that must be met in order for the waiver to be effective. First, the warning must contain specific language outlining one’s constitutional rights. A sufficient Miranda warning will typically be typed out, as well as verbalized to the accused. It will include information about the right to remain silent, the right to have an attorney present or appointed, and remind the suspect that the conversation could be used against him or her. Second, any Miranda waiver is subject to a “knowing” and “intelligent” standard. This means that the accused must be adequately informed of his or her rights and have an understanding of the consequences associated with a waiver. Further, the waiver must also be a voluntary one. A waiver is considered to be voluntary if it is done so without any coercive police conduct. Confessions and statements must be given out of one’s own free will, without any coercion by officers.

It is important to note that coercion doesn’t just consist of threats or violent behavior, but may include a variety of factors. Courts will often employ a “totality of the circumstances” approach in determining whether the actions of an officer, as a whole, can be said to be of a coercive nature. Since a defendant has a constitutional right not to incriminate him or herself, many courts take these safeguards quite seriously before admitting a confession or statement into evidence.

If the Court finds that a waiver was not given with full knowledge or that officers used coercive tactics to obtain a waiver, then it will be deemed ineffective. Ineffective or invalid waivers are particularly concerning for prosecutors, as they may result in the exclusion of important evidence or even a dismissal of charges. Many defendants aren’t aware of just how devastating a waiver can be to their case until it’s too late. This why it is crucial that you contact a lawyer before speaking with any officer.

If you have been arrested, it is imperative that you retain counsel to help ensure that your rights remain protected. Contact our office to schedule an initial consultation. Our Little Rock attorneys are ready to assist you. We also handle matters in Fayetteville, Fort Smith, Springdale, Jonesboro, North Little Rock, Conway, Rogers, Pine Bluff and throughout the rest of the state.