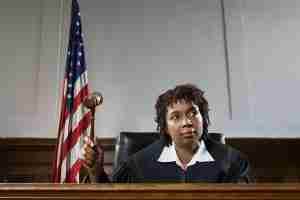 This is the next post in my series on how the use of marijuana can impact Arkansas child custody cases. My last article provided an overview of topics which this series will be addressing. It also stressed the need to speak with an attorney immediately if your son or daughter is in danger due to the other parent being impaired. By speaking to counsel and getting into court sooner, rather than later, you may be able to make a more compelling case to the judge that the matter is urgent. In this article I will address an important topic – how Courts may view the use of medical marijuana in the context of child custody. If you need assistance, then contact my office today to speak with a Little Rock child custody lawyer.

Arkansas voted to legalize medical marijuana in November of 2016. This created several issues as to how Courts may view the legal use of weed by a parent. Some parents may feel that having a medical use card allows them to use marijuana without recourse. Others may think that smoking weed should still result in a parent not having custody or visitation. The fact of the matter is that neither of these viewpoints are correct and how Courts will view the situation will depend on the facts of the case.

A marijuana prescription is likely to be viewed by the Court as being like any other prescription. A parent may use the drug, in accordance with their prescription, if it does not interfere with raising, and does not endanger, the child. Suppose, for example, that a parent is prescribed marijuana due to chronic pain. Now suppose that each night, before bed, the parent consumes the drug to be able to sleep better. The parent does not drive the child anywhere while under the influence of the drug and their parenting is in no way interfered with by being high. Under this scenario the Court would be unlikely to be concerned for the safety of the child. It would essentially be no different than the parent being prescribed another medication which they take before bed.

Courts are more likely to be concerned if a parent is abusing their marijuana prescription and the child’s well-being is suffering as a result. Suppose a parent is continuously high in the presence of the child. Now suppose that the parent also transports the child in a car while stoned. Under this scenario, the constant use would mean that the parent is impaired and not able to meet the child’s needs. Also, transporting the child in an impaired state would put the child at danger. Such a scenario would likely be seen as similar to a parent being prescribed painkillers and abusing the prescription. A Court would likely be concerned about the child’s safety in such a situation.

If a parent’s medical marijuana use is creating an unsuitable environment for a child or, worse, endangering a child, then the Court may be willing to modify custody. The first step in the process is to file a Motion with the Court and, if the situation is an emergency, to request an expedited hearing. How the Court will handle a given situation will always depend on the specific facts of the case. It is crucial, therefore, that you retain an attorney who is experienced in handling such matters to assist you. Counsel can assist you in understanding how a Court may view the situation and will ensure that you make as compelling a case as possible to the Judge.

If you are in need of assistance then contact our Little Rock child custody lawyers today. We take pride in the level of service we offer and we are honored to serve our community. We also handle matters in Fayetteville, Fort Smith, Springdale, Jonesboro, North Little Rock, Conway, Rogers, Pine Bluff, and throughout the rest of Arkansas.