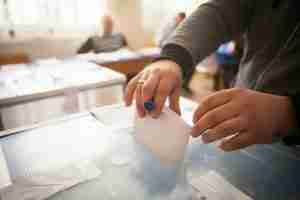 In our last post, we discussed how search and seizure laws frequently apply to marijuana possession cases. At present date, marijuana possession charges continue to clog up our courts and contribute to overcrowding in our county jails. However, depending on what measures make the November 2014 ballot and the results of those proposals, that all may change. In the fall, voters may have the opportunity to vote on several different marijuana initiatives. Below we will discuss what these proposals entail and how they may affect the legal system.

In November, 2012, Arkansas voters narrowly voted against legalizing medical marijuana by 30,000 votes. This November, three separate groups are hoping that their own initiative will be passed by voters. Each group must earn enough signatures prior to July 7, 2014 in order to have their measure appear. The presence of each group may be confusing to voters, as each measure would legalize marijuana in a slightly different way.

The effects any of these measures could have on Arkansas’s legal system is highly dependent on which measures make the ballot, and if any of them pass. The most conservative of the proposals is titled the Arkansas Medical Cannabis Act, which would legalize marijuana for medical use only, and would require that all persons have a prescription from their physician. The Act would also prohibit persons from growing marijuana. The Arkansas Medical Marijuana Act is similar in that it seeks to legalize marijuana for medical use only. However, this act also seeks to provide a hardship clause allowing those who do not live near a dispensary to grow their own product. The most liberal and controversial of the three acts up for debate is the Arkansas Hemp and Cannabis Amendment, which seeks to amend Arkansas’s state constitution and legalize marijuana for medical and recreational use.

In order for any of these proposals to make it to the November ballot, each group sponsoring their measure must collect more than 62,000 signatures prior to the due date. If more than one measure should make the ballot, and multiple measures pass, the proposal with the most votes will become law.

From a criminal defense standpoint, the results of the November election will not impact those currently charged with marijuana possession. If something is illegal on Tuesday, and you break the law, then the fact that it becomes legal on Wednesday doesn’t change the fact that you violated an existing rule. These ballot measures, therefore, will not impact anyone currently charged with a marijuana related offense.