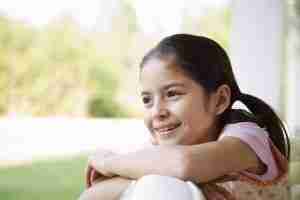 This is the next post in our series on the handling of Little Rock, Arkansas child custody cases which involve drug use. Our last post discussed litigating a custody case which involves drugs. It is important that you retain an experienced attorney to assist you in such matters. Attempting to litigate a case, without understanding the rules of evidence and procedure, can result in the Court not hearing all of the facts. By retaining experienced counsel, you help to ensure that your matter is handled properly. In this article we will discuss another important topic – how Courts will often view the use of marijuana by a parent. If you or a loved one are in need of assistance then contact our office today to speak with a lawyer.

Parents may make the mistake of thinking that medical marijuana use will not impact their child custody case. It is important to understand, however, that judges in Little Rock and other Arkansas areas will consider the use of medical pot relevant to any custody proceedings. Medical marijuana, like any other prescription narcotic, can be abused. If the Court believes that a parent is smoking weed beyond the point necessary to deal with their medical condition, then it is likely to view such use as not being in the best interests of the child. Also, the medical condition which permitted the parent to gain the prescription will also likely be relevant to the Court’s determination.

The use of medical marijuana may also be seen as impairing a parent’s ability to care of a child. If one is regularly high in the presence of the child then they likely cannot be counted on in the event of an emergency or to even deal with the child’s needs on a day to day basis. This means that if one’s medical condition requires them to be under the influence of marijuana on a regular basis, then the Court may be less likely to allow that parent to have joint custody of the child.

The Court will likely take a tougher stand against marijuana use which is illegal. If a parent tests positive for marijuana then the Court is less likely to allow that person to drive with the child or to be in situations which may put the child at risk. It is important that parents not view themselves as just “using a little weed” when they are in a dispute with their ex. How the Court will rule in any given situation, however, will always depend on the specific facts of the case.

If you or a loved one are involved in a family law dispute then contact our office today to speak with a Little Rock child custody lawyer. Our attorneys believe that everyone is entitled to aggressive representation. We also handle matters in Fayetteville, Fort Smith, Springdale, Jonesboro, North Little Rock, Conway, Rogers, Pine Bluff and throughout the rest of Arkansas.