How Little Rock Defendants Can Waive Their Miranda Rights 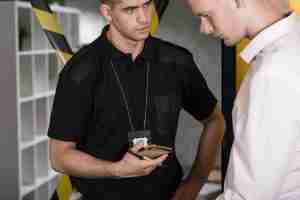 This is the second post in our series on the handling of cases involving Miranda waivers in Little Rock, Arkansas criminal cases. Our last post provided an overview of the topics which this series will be addressing. We also stressed the need to contact a lawyer a soon as possible if you have been arrested for any reason. In this article, we will discuss how a Miranda waiver actually works. If you require assistance, contact our office today to speak with an attorney.

Many people are aware of the basic concept of one waiving his or her rights from watching television or keeping up with popular culture. However, what exactly is Miranda and why should it matter? The word “Miranda” derives from the Supreme Court case Miranda v. Arizona. In that case, the Court held that once a suspect is taken into custody, law enforcement must inform that suspect of his or her constitutional right against self-incrimination before any questioning may occur. This is what is referred to as a Miranda warning and is where we get the phrase “you have the right to remain silent.” The ordinary warning will inform the suspect of three primary “rights” that he or she is permitted to take advantage of before deciding whether to engage in a conversation with an officer. These are:

Once the warning has been given, the suspect may then invoke Miranda or waive his or her rights. Waiving Miranda simply means that one is aware of the potential consequences of speaking with the officers, but has decided to do so anyway. It is important to remember that if Miranda is waived, anything that accused says to an officer may be admissible at trial and even result in further charges.

The first step in truly understanding how a waiver works is to be aware of when a waiver will apply and when it is not applicable. Miranda only applies once a suspect has been taken into custody and is thereafter interrogated by an officer. This means that if you engage in a conversation with an officer before an arrest then he or she is not required to provide you with a Miranda warning and you have not effectively “waived” anything. This is a crucial distinction because in circumstances in which Miranda does apply, the failure to provide a warning could result in the inadmissibility of certain statements. For instance, suppose one has been arrested and taken into an interrogation room. The arresting officer begins to question that individual and he or she confesses to a crime. If that officer failed to provide a Miranda warning, that confession would likely be inadmissible in a court of law. This applies whether the suspect provided the confession voluntarily or not. Conversely, for those that have been properly informed of their rights, the decision to waive them is a personal one. If you have decided to waive your rights, the officer may have you sign a copy of the warning before continuing with the interrogation. Unfortunately, many defendants are not aware of the magnitude of such a decision. It is important to remember that once you have waived your rights, you can still ask for an attorney. However, anything that you have said to the officer during the course of your “waiver” will be used as a basis for further investigation, charges, and in court. It is not uncommon for officers to make promises to a suspect while they are in custody, but it is crucial that one recognizes that these officers do not have the authority to make any “deals” with a suspect. Therefore, it is imperative that you ask for counsel immediately following an arrest.

If you have waived your Miranda rights and would like to discuss your options or the best way to proceed then contact our office. Our Little Rock lawyers are ready to assist you. We also handle matters in Fayetteville, Fort Smith, Springdale, Jonesboro, North Little Rock, Conway, Rogers, Pine Bluff and throughout the rest of the state.