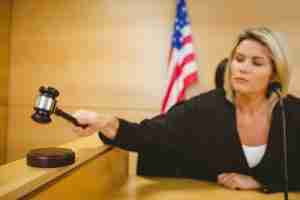 This is the next post in our series on the handling of Little Rock, Arkansas child custody cases which involve drug use. Our last article discussed the process of filing a Motion to change child custody when the other parent is abusing a controlled substance. If the situation is posing a threat to the child then it is possible to request an expedited hearing from the Court. It is important to retain an experienced child custody lawyer when making such a request. Counsel can help you to ensure that your case is presented to the Court in the best possible light. In this article, we will discuss what one can expect at the initial change of custody hearing. If you require assistance then call our office today to speak with an attorney.

The initial hearing on a Motion to Change Custody is not a trial. Typically, witnesses will not testify. Instead, the attorneys for each side will argue their positions and the Court will then make a decision. In a case involving drug use, the Judge will typically order that the accused parent take an immediate drug test. The Court will receive the results of the test within a day or two. A return hearing will often be held to review the results of the drug test. If the results are positive then the Court has several options as to how it can proceed. Typically, the Court will grant a temporary change of custody and set the date for a trial, at which a more permanent custody situation will be determined.

It is important to understand that how the Court will rule, in any given case, is always going to depend on the specifics of the situation. In cases involving more “minor” drugs, such as marijuana, then a positive drug test which shows low levels of use may not be seen as seriously as cases involving higher levels of use. The Court will also take a very different track in cases involving more “severe” substances, such as methamphetamine or heroin. To best understand how to proceed in any given situation, it is suggested that you speak with an attorney as soon as possible.

Our Little Rock child custody lawyers believe that everyone is entitled to aggressive representation and they pride themselves on offering a high level of service. Contact our office today to schedule an initial consultation. We are ready to assist you. We also handle matters in Fayetteville, Fort Smith, Springdale, Jonesboro, North Little Rock, Conway, Rogers, Pine Bluff and throughout the rest of Arkansas.