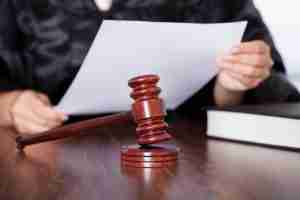 This is the second post in our series on dealing with sexual assault charges in Little Rock, Arkansas. Our last post provided an overview of the topics which this series will be addressing. We also stressed the need to contact an attorney as soon as possible if you are currently facing such charges. It is important that your rights remain fully protected in these situations. In this article, we will discuss the potential penalties associated with a conviction for sexual assault. If you require assistance, contact our office today to speak with a criminal defense lawyer.

In Arkansas, sexual assault can refer to a number of different offenses, such as:

The penalties associated with sexual assault will differ depending upon which particular offense one has been charged with. Further, each crime will fall within a certain category based on its degree of severity, with the more serious offenses being considered first-degree felonies. Offenses involving those that abuse their authority and minors will be deemed more serious. We will provide two examples as a way to outline the differences in penalties for sexual assault.

First, suppose an employee of the Department of Correction supervises juvenile offenders on a daily basis. If that same employee engages in sexual intercourse with one of those minors, he or she would be charged with first-degree sexual assault, which is a Class A felony. The punishment for such a crime could include between six and thirty years’ imprisonment, as well as a $15,000 fine.

Second, suppose a twenty-two-year-old engages in sexual contact with a minor who is under the age of sixteen, but the two do not have intercourse. In this scenario, the offender would be charged with fourth-degree sexual assault, but the offense would be a Class A misdemeanor. The penalty for that charge would be up to one year in jail and a $1,000 fine.

As you can see, the punishment for sexual assault will vary based on the particular circumstances of your case. The exception to this is rape, which Arkansas has given its own special classification. Rape is considered an especially heinous offense and has been deemed a Class Y felony. Depending on the age of the victim, a conviction for rape may result in sentences between ten years and life imprisonment.

It is important to note that penalties for sexual assault do not end at incarceration and fines. Those convicted of the aforementioned offenses may be placed on a sex offender registry upon release and could find it especially difficult to find employment, secure housing or even obtain loans. Because of the negative implications associated with such a conviction, defendants should contact an experienced criminal defense attorney right away for assistance. Contact our office today to speak with a Little Rock lawyer. We also handle matters in Fayetteville, Fort Smith, Springdale, Jonesboro, North Little Rock, Conway, Rogers, Pine Bluff and throughout the rest of the state.