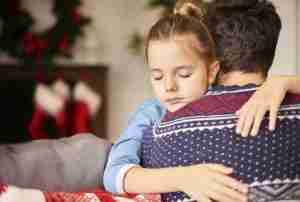 This is the next post in our series on the handling of Little Rock, Arkansas child custody cases which involve drug use. Our last article discussed what to expect at a hearing to change child custody. It is important to understand that how the Court will rule, in any given situation, is always going to depend on the specific facts of the case. In this article we will discuss what to expect during the “litigation” phase of such a case, which occurs after the initial hearing. Litigating such matters can be highly complicated and it is strongly suggested that you retain an experienced attorney. If you require assistance then contact our office today to speak with a lawyer.

As we discussed in our prior article, the Court will set a trial date. The purpose of the trial is to determine a more permanent child custody arrangement. Each party will be permitted to use a process known as “discovery” to gain information from the other side. In a case involving drug use, a parent’s discovery efforts will typically focus on obtaining police records, employment files, and other documents which may show a history of arrests, job termination, etc. It is also possible for a parent to take the depositions of witnesses such as police officers, employers, etc. Again, the types of evidence which a parent may wish to obtain will depend on the nature of the case.

If a settlement cannot be reached between the parents then the case will proceed to trial. While allegations of drug use may seem straightforward, there may still be disputes as to which the offending parent should receive visitation, whether visitation should be supervised, and the requirements one must meet to win back normal visitation. When considering such issues, the Court may consider issues such as the offending parent’s history as a parent, the extent to which they have had ongoing problems, and more. When litigating such issues at trial, it is important to understand that the rules of evidence will be enforced and that the Court’s procedures must be followed. Failing to properly follow these rules and procedures can result in one not presenting all of their evidence to the Judge.

If you are involved in a family law case, in which one parent is using drugs, it is important that you retain attorneys who are familiar with the litigation process. Your choice of counsel can make a significant difference as to the outcome of your case. Our Little Rock child custody lawyers have decades of combined experience and they pride themselves on providing the highest levels of service. Contact our office today to schedule an initial consultation. We also handle matters in Fayetteville, Fort Smith, Springdale, Jonesboro, North Little Rock, Conway, Rogers, Pine Bluff and throughout the rest of Arkansas.