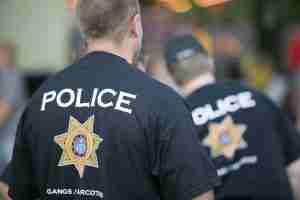 Search and seizure issues occur when a police officer collects evidence in violation of the Fourth Amendment’s privacy protections. Common search and seizure issues in drug cases relate vehicle stops, stops of the person, and searches incident to the arrest. Evidence recovered, after police stop a vehicle, may be excluded from court proceedings if the officers did not have “reasonable suspicion” that the driver has committed or is about to commit a crime. Similar rules apply to people on the street; if an officer has reasonable suspicion that a person walking along has committed or is about to commit a crime then the officer is within their rights to frisk that person. Terry v. Ohio, 392 U.S. 1(1968). Finally, a search incident to the arrest (which is the search of a person’s residence or property) usually requires a search warrant unless the officer(s) have probable cause (which is more than reasonable suspicion) of wrongdoing or feel people are in imminent danger. States tend to vary in their interpretation of what is reasonable and what consists of probable cause.

When an illegal search and seizure takes place, your attorney can file a motion to suppress the evidence that was illegally obtained during the search. Once the motion is filed, an evidentiary hearing will be held where the Court will hear both sides argue the legality of the search and seizure for the drugs. If you win the motion then the illegally seized evidence cannot be used against you and it is likely that the case will be dismissed.

The plea bargain takes place between the defending attorney and the prosecutor. A plea deal may result in reduced fines, reduced jail time and a lesser offense on a person’s record. All final decisions on taking a plea are up to the defendant, but an attorney will always give the client their best advice.

The next step will be the sentencing hearing. A sentencing hearing is where an offender is given a sentence by the judge. This may be relatively soon after the conviction or months later depending on certain circumstances.

As you can see, this is not a process in which you want to fly blind. A good criminal attorney can help you either get the evidence suppressed due to search and seizure violations or attempt to obtain a plea bargain from the prosecuting attorney. This is not the time to attempt defending yourself. If you are charged with a methamphetamine related offense then call our office today.