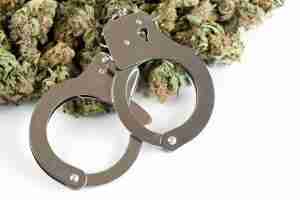 Marijuana is illegal in Arkansas even though American attitudes towards the substance is changing. Whether or not you think it should be illegal to possess weed is irrelevant. If you are caught possessing or using the substance in the state of Arkansas then you will face harsh penalties. Contact our Little Rock office today to speak with an attorney if you have been charged with possessing marijuana.

Whatever your personal beliefs are, you must understand that Arkansas does not allow any use or possession of marijuana. Our state has some of the harshest pot laws in the nation while states such as Colorado have begun to legalize the substance for recreational use. Arkansas residents who possess under four ounces of marijuana are committing a misdemeanor, while any amounts greater than four ounces will lead to a felony. In other words, don’t make the mistake of thinking “a little bit of weed is no big deal.” If you are convicted for possessing marijuana you face jail time and may be disqualified from important benefits such as federal student aid. If you have been charged with marijuana possession then you need to contact an attorney immediately.

Our criminal defense lawyers aggressively protect the rights of the accused. As with most drug crimes, marijuana cases typically depend on whether or not your rights were violated when the arresting officer stopped you or searched your property. Violations of the Fourth Amendment, known as unreasonable search and seizures, happens more often than one may believe. When one’s rights have been violated, and marijuana has been found as a result, we will quickly file a Motion to exclude the illegally gained evidence from any court proceeding. Furthermore, we will work vigorously to make the state or federal government prove their case beyond a reasonable doubt. We have also had success gaining alternative sentences for people when necessary. Contact our Little Rock office immediately if you require the assistance of an Arkansas marijuana crimes lawyer.

If you are arrested driving from one state to another with a large amount of marijuana then you may be facing federal criminal charges. This may mean stiffer penalties and prison time in a federal penitentiary. The stakes are higher in federal cases; your opponent is the government of the United States. Not all attorneys have the experience and knowledge necessary to successfully defend federal cases. Our attorneys do. Patrick Benca has more than 20 years of legal experience and regularly practices in the area of federal criminal defense. We collaborate on cases, ensuring you get the best legal strategy possible. Call our office today.