When Arkansas Judges Will Overrule The Wishes Of A Teenager 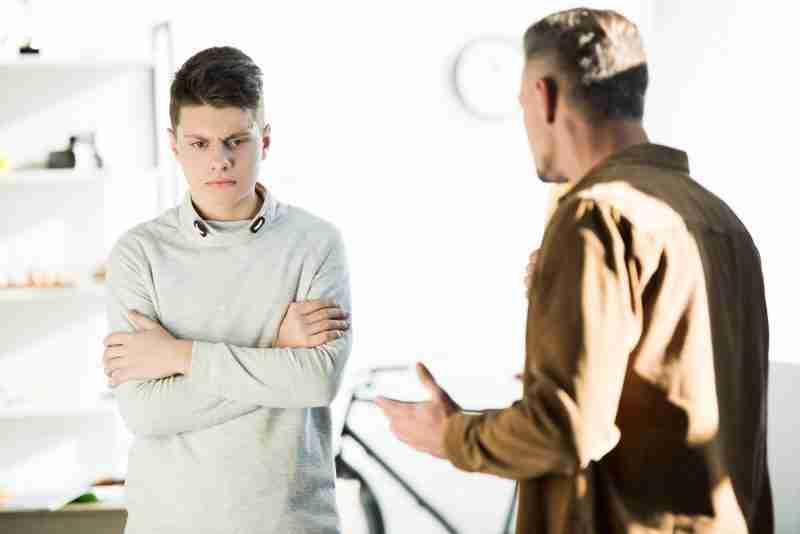 This is the next post in my series on the question of “can an Arkansas child choose which parent to live with?” My last article discussed the extent to which Family Court judges will defer to the wishes of a teenager. It is important to understand that while teenagers are often given broad discretion over which parent they will primarily reside with, they may not use such discretion to avoid visitation with their other parent. If a child is refusing to follow through with visitation then the Court would likely remove any discretion which the child has. In this article I will discuss when the Court may be likely to disregard the wishes of a teenager all together. If you or a family member are in need of assistance then contact my office today to speak with a Little Rock child custody lawyer.

As I discussed in my previous article, the Court will give substantial weight to the wishes of a teenager as long as they are demonstrating a high level of maturity in their decision-making. This does not mean, however, that the Court will automatically empower the youth to make their own decisions as to which parent they will live with. It is important to understand that an Arkansas Family Court Judge’s sole concern will always be for the best interest of the child. If a youth is making decisions that run counter to their best interest, then the Court will disregard any desires that the child may have. Suppose, for example, that a child states that they wish to live with her father. It turns out, however, that the reason that the child wishes to live with Dad is that the father will allow the son’s girlfriend to spend the night regularly. Furthermore, the father does not ensure that the child goes to school every day, and the youth essentially runs the streets at night unsupervised. In a situation such as this, the Court will disregard the wishes of the child. Furthermore, due to the father’s level of negligence and parenting, the Court would likely award the mother primary custody. While how the Court will rule in any given situation is always going to depend on the specific facts of the case, this example shows how the Court’s sole concern will be for the child’s interests and not their wishes.

Situations do not have to be as extreme as the example just given for a Court to overrule the wishes of a teenager. If, for example, a child wishes to live with one parent for reasons which are debatable, then the Court may be less likely to give weight to the child’s request. Suppose, for example, that a child wishes to live with their mother because mom is zoned for a school with a better football team which the youth wishes to play for. Also, suppose that the school dad is zoned for ranks much higher in terms of academics, is in a lower crime area, etc. Finally, suppose that, while the child wishes to play football, the fact of the matter is that the youth has never been a good football player and is unlikely to receive a scholarship. In this situation, the Court may disregard the wishes of the child in order to ensure that the youth gets a better education and increases their chances of going to college. While the child’s desire to play football is legitimate, it is also based on short-term thinking and not the youth’s long-term well-being. Again, this is simply an example and how the Court will rule is going to be based on a variety of factors.

If you are a loved one or in need of legal assistance then contact my office today speak with a Little Rock child custody lawyer. I understand that family law disputes create a high level of tension and stress and my office will give your case the attention it deserves. We pride ourselves on providing a high level of service and we are ready to assist you. Contact us online or by telephone to speak with an attorney. We also handle matters in Fayetteville, Fort Smith, Springdale, Jonesboro, North Little Rock, Conway, Rogers, Pine Bluff, and throughout the remainder of Arkansas.