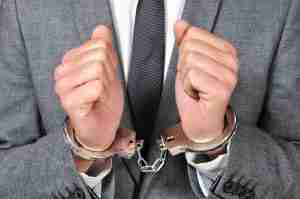 This is the next post in our series on the handling of post-conviction cases in Little Rock, Arkansas. Our last article explained the difference between post-conviction relief and an appeal. It is important to understand that the two are separate processes which occur at different times. Many defendants are often under a misunderstanding in regards to the difference between the two. In this article we will discuss a commonly raised claim – ineffective assistance of counsel. If you wish to bring such a claim against the attorney who handled a trial for yourself or a loved one then contact our office immediately.

The United States Supreme Court stated in Gideon v. Wainwright that defendants have the right to counsel in serious matters. Later, in Strickland v. Washington the Court then held that it is not enough to simply provide someone with an attorney; the lawyer must provide adequate representation or else having counsel would be of little use. In order to successfully claim ineffective assistance of counsel, in the context of post-conviction relief, a defendant must establish two things. First, they must show that an attorney’s performance was below that of an average, reasonable attorney. Second, it must be shown that a different outcome would have occurred at trial if it were not for the inadequate performance of counsel. In other words, it is not enough for a defendant to show that their counsel was ineffective. They must also show that the ineffective representation is the reason for which they were convicted.

The first step in claiming ineffective assistance of counsel in an Arkansas post-conviction case is to show that the lawyer’s performance was below that of an average attorney. Whether counsel’s performance was sufficient will always depend on the specific facts of a case. Common examples of claims made are that an attorney failed to conduct a full investigation, that they did not interview relevant witnesses, that they did not file certain Motions (such as Motions to Suppress Illegally Seized Evidence), and that they did not inform the defendant of a plea offer.

The second step in proving ineffective assistance of counsel requires proving that the above types of conduct are what led to a defendant’s conviction. If, for example, a defendant was convicted due to eyewitness testimony but another witness could have proven that the defendant was not even at the scene, then the attorneys failure to interview the second witness may be enough (depending on the circumstances) to overturn the conviction. Whether a counsel’s performance was deficient and whether any deficiency warrants a new trial are questions which should be asked of an attorney.

Contact our Little Rock criminal defense lawyers today to discuss your options to claim ineffective assistance of counsel by petitioning for a writ of habeas corpus. Our attorneys have over twenty-five years of combined legal experience and are familiar with handling such matters. We are ready to assist you. We also handle matters in Fayetteville, Fort Smith, Springdale, Jonesboro, North Little Rock, Conway, Rogers, Pine Bluff and throughout the rest of the state.