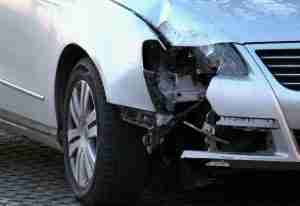 This is the next post in our series on the handling of hit and run cases in Little Rock, Arkansas. Our last article discussed the state’s penalties for a hit and run. It is important to understand that Arkansas takes such cases seriously and you may be convicted of a felony. It is important that you speak with a criminal defense attorney immediately if you are facing such charges. In this article we will discuss identification issues which can arise in such matters and why they may be relevant to your defense. Contact our office today to speak with a lawyer.

It is not uncommon for the driver in a hit and run case to have been someone other than the vehicle’s owner. When attempting to charge someone with a hit and run it is the state’s burden to show that the defendant is the person who actually committed the offense. In many instances the charges may depend on eyewitnesses placing the accused at the scene of the accident. Witnesses will often pick the defendant out of some type of lineup. Depending on the circumstances it may be possible to have such an identification excluded from court proceedings. If the identification is excluded then the prosecution would effectively end if there were no other evidence supporting the charge.

We have previously discussed the process of challenging eyewitness identifications in a criminal trial. Those same concepts apply to hit and run cases. The Court will exclude the identification if it was obtained through “overly suggestive police procedures” and was “unreliable.” Police procedures are overly suggestive if they make the witness likely to select a particular person out of a lineup. An example of this would be if the defendant were wearing a white shirt and everyone else in the lineup was wearing a black shirt. For obvious reasons, the defendant would stand out and would be more likely to be selected. The identification would be unreliable if the specific facts of the case give doubt as to whether the witness can be sure of their opinion. If, for example, the witness viewed the defendant from a great distance and it was dark then the identification may be unreliable.

Our Little Rock criminal defense attorneys have over twenty-five years of combined experience in defending the rights of the accused. We understand that a hit and run charge can be a serious situation and that you need effective representation. Contact our office today to speak with a lawyer. We also handle matters in Fort Smith, Fayetteville, Springdale, Jonesboro, North Little Rock, Conway, Rogers, Pine Bluff, and throughout the rest of Arkansas.