How the Criminal Appeals Process Works In Arkansas 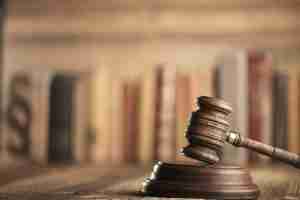 This is the third post in our series on understanding Arkansas’ criminal appeals process. Our last post explained the difference between a criminal appeal and a criminal trial. In this article we will discuss specifics as to how an appeal works in our state. This is an area of law in which many attorneys do not practice; if you have been convicted of a crime and wish to appeal then it is crucial that you hire an experienced criminal appellate lawyer to do so.

An appeal begins by filing a Notice in the District Court

Once the Judge has filed your conviction you may begin the appeal process by filing a “Notice of Appeal.” This is a short document which does little more than inform the Court that you are going to be bringing the matter to the Appellate Court’s attention. Once this Notice is filed your attorney will then have 90 days to file an Appendix of documents with the Appellate Court. This Appendix is the list of documents, exhibits, and transcripts that your attorney wishes for the higher Court to consider as part of your appeal. The State will then have a chance to file their own Appendix of documents in which it may include anything  it feels is necessary that was not included in yours.  Your first legal brief, in which you raise all arguments you want considered on appeal, will be filed roughly 30 days later. The State will file a responding brief and your attorney will then file a reply.

After all of the briefs are filed then one of two things will happen. First, and typically, the Arkansas Appellate Court will decide your appeal on the basis of all paperwork filed. If the Court has additional questions, which typically revolve around a possible change in the law, then a short oral argument may be scheduled. This oral argument is where the Appellate Judges will ask various legal questions of your attorney. If an oral argument is held then some time will pass between the argument and the Court issuing a ruling. The time needed to reach a decision is entirely up to the Court.

An appeal is a complicated process, even though it may only appear to have a few steps

Many may look at an appeal and feel that it involves only a few steps. The process, however, should not be mistaken as simple. The decision as to which documents to include in the Appendix are based on a careful analysis of the Court’s record and require an ability to spot mistakes that were made when conducting that analysis. Likewise, making concise arguments in one’s briefs is crucial as there is typically no oral argument. These arguments require an understanding of the law as a well as ability, in some instances, to argue that the law should be changed or interpreted differently by Arkansas Courts. Having an attorney who is able to perform these tasks is key to the chances of your appeal.

If you have been convicted in an Arkansas Court then contact our Little Rock criminal appellate lawyers today. We practice throughout the entire state.