How Marijuana Use Continues to Lead to Criminal Charges in Arkansas 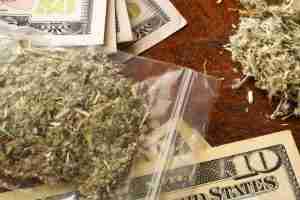 The topic of marijuana is frequently in the news. In 2014, Colorado was the first state to legalize marijuana, and it is looking likely that a handful of other states will follow suit before the year is over. It is currently illegal, however, to use, possess, or sell marijuana in Arkansas. This is true even if the drug is for medical purposes. Our state will prosecute those found in possession of even a small amount of pot and has one of the harshest drug policies in the nation.

In some states, while marijuana is not legal, it has been decriminalized. When a drug is decriminalized, this means that instead of a criminal charge, you are given a noncriminal penalty that resembles a speeding ticket instead. In Arkansas, that is not currently the law; in 2012 there were more than 5000 marijuana related arrests, with 90% being for possession. Our state considers being in possession of 4 ounces of less of marijuana to be a misdemeanor. First time offenders may be fined up to $2,500 and be sentenced to one year in jail. However, if you have two previous convictions for possession, it becomes a felony to be charged a third time with possession of between one to four ounces of marijuana. Possession of more than 4 ounces is extremely serious, even for first time offenders. If you are found in possession of more than 4 ounces of marijuana, Arkansas will consider a felony, with sentences beginning at 12 years in federal prison.

Arkansas residents and visitors will likely become more confused regarding what is legal and what is not as marijuana laws are passed in different forms throughout the country. In our next post we will discuss search and seizure laws, and what a state resident needs to know if they are arrested for marijuana possession. Later in this series we will also look at the history of defeated marijuana laws and discuss upcoming proposed ballot measures. Finally, we will discuss what legal implications legalizing marijuana for recreational or medical use could potentially have on Arkansas’s courts and prisons. We will also discuss if legalizing marijuana is likely to have an effect on crime rates or on the occurrences of violent crimes.