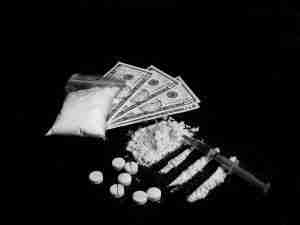 This is the next post in our series discussing why it is important to hire or consult with a private attorney prior to pleading to a misdemeanor charge. Our last post discussed why it is mandatory in the state of Arkansas to hire an attorney to handle all juvenile related charges. In this post, we will be discussing why a private attorney can sometimes win an outcome more favorable, than what the prosecutor offers, in misdemeanor drug related charges.

There are two common types of misdemeanor drug charges in the state of Arkansas. The first are misdemeanors related to marijuana; many Arkansas residents are confused as to the state of marijuana as it is becoming legalized and decriminalized. Many Little Rock residents do not realize that being charged with marijuana possession is still considered a criminal act that will remain on their permanent record. The second type of common misdemeanor drug charges in Arkansas are crimes related to prescription medications; these crimes are often committed by people who have had legitimate medical afflictions at one point in time, been prescribed a medication, and then become addicted to the pills. The amount of the drug in question is typically small and meant only for personal use in cases where one has been charged with a misdemeanor.

Consulting with a private attorney in drug possession cases is worth the time and money of the person charged. Drug cases often have viable defenses. As a United States citizen, each person has constitutional rights that law enforcement must adhere to when conducting an investigation. It is not uncommon for law enforcement to make mistakes when it comes to following search and seizure procedures. It is important to discuss the details of your arrest with a criminal defense attorney prior to pleading guilty to any misdemeanor. If your person was searched without a warrant, pressured into giving consent, or drugs were found outside the scope of the warrant issued, then it may be possible to have the evidence against you suppressed and the charges against you dismissed.

It is unfortunate, but prosecutors will not provide an unrepresented person with the same plea deal they might offer a person with aggressive counsel. The reason is simple- when a person is unrepresented, then the prosecutor knows that the person is not going to take the case to trial. The prosecution has no incentive to work out a desirable deal with that person because they know that the evidence collected against the accused will not be challenged. However, if a person is accused of drug possession and retain an attorney, then the prosecutor knows that person has options. If the prosecutor’s deal is not desirable, and the person has even a 50% chance of winning a case at trial, then there is a chance that the prosecutor will have to go to trial and lose. This not only makes the State look bad, but it requires time and resources. In drug possession cases, particularly when the accused is a first offender, prosecutors are often willing to work out plea deals that involve drug treatment, or probation, instead of jail time.

If you have been charged with misdemeanor drug possession then do not accept a plea deal from the prosecution without consulting an attorney. You may have a stronger case than you realize and you may be able to avoid a criminal conviction altogether. Contact our office today to schedule an initial consultation and learn more about your legal options.