Helping Arkansas Defendants Understand When Their Rights Have Been Violated 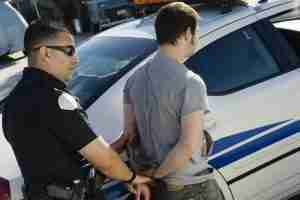 This will be the first post in a discussion meant to help Arkansas residents understand whether an arresting officer violated their rights. Violations of one’s constitutional protections, unfortunately, happens more often than many people realize. Over our next few articles we will look at common situations that people face and discuss the process of rectifying them in your case. If you have been charged with a crime, and believe that your rights were violated, then it is important that you contact a criminal defense lawyer immediately.

We will look at four main scenarios over the course of this series as they are the most common situations in which issues arise. These three topics are:

Each of these situations may lead to errors which allow an experienced criminal defense attorney to have the case dismissed due to lack of evidence. This lack of evidence occurs due to what is known as the “exclusionary rule.” Simply put, the United States Constitution requires that evidence or statements seized, in violation of one’s rights, not be used in Court.

The Fourth & Fifth Amendments to the Constitution protect people in their dealings with law enforcement. It is important to understand, however, that it is up to the defendant to raise the point that their rights were violated. Typically a Court will not disallow evidence without one’s attorney first filing a request that it do so. Once that request is filed the Court will typically hold an evidentiary hearing to determine if, in fact, the officer committed an error. If you are successful at this hearing then the evidence will be excluded.

Hiring an attorney who is versed in search and seizure law is crucial to your defense. These areas of law are complicated to say the least. Lesser experienced attorneys have typically not been exposed to the range of situations which fall under this area of practice. Also, successfully winning a Motion to Suppress (which is the process by which evidence is excluded) will often require that your lawyer be able to successfully challenge the officer on the witness stand. Hiring an attorney experienced in these areas will often make the difference in cases involving illegal narcotics, marijuana charges, allegations of driving while intoxicated, as well as a host of other issues. Contact a lawyer immediately if you are charged with an Arkansas crime and believe your rights have been violated.