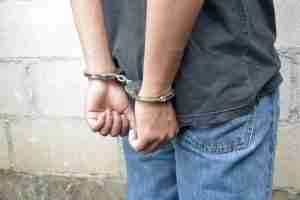 This is the first post in a series which will discuss the handling of Little Rock, Arkansas criminal cases which involve juveniles. We have decided to write on this topic due to the differences which exist between the juvenile and adult systems when one has committed an offense. It is important to understand that in some ways the law provides greater protections to juveniles while, in others, it may be seen as providing less protection. We cannot stress enough the fact that you should contact a criminal defense attorney immediately if your young one has had a run in with law enforcement.

We will be addressing several topics over our coming articles. Issues which we will analyze include:

It is important for parents of a youth to understand these issues after their child has been arrested. First, while the juvenile justice system is considered “civil” in nature it still greatly resembles the system faced by an adult defendant. A youth will face incarceration and will be given the opportunity to defend themselves against the charges. Second, it is the goal of prosecutors in such matters to reach a resolution which puts the youth in a position to become a productive adult. This means the process of plea negotiations in such matters is often different. Finally, while there are many similarities between the adult and juvenile systems there are also many differences. Understanding these differences is crucial to one wondering what it is they should expect from their case.

If your child has been arrested then it is important that you contact a Little Rock juvenile defense attorney as soon as possible. Counsel can assist you in ensuring that your child’s rights are fully protected and that they do not unnecessarily get caught up “in the system.” Our lawyers have over twenty-five years of combined experience in defending the accused and have handled many juvenile matters. Contact our office today to schedule an initial consultation. We also handle matters in Fayetteville, Fort Smith, Springdale, Jonesboro, North Little Rock, Conway, Rogers, Pine Bluff and throughout the rest of the state.